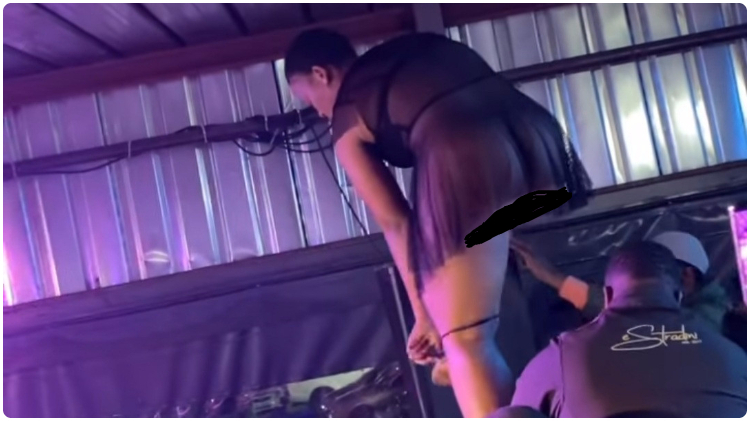 South African dancer Zodwa Wabantu has done it again doing the unthinkable as she performed on stage.

The dancer, known to perform without underwear, was cheered by her fans as she pulled off her underwear.

After pulling off her panties, there was nothing but a see-through net dress left on her.

Fans who didn’t want to miss out on the free show brought out their phones to film the dancer as she performed almost naked.

See What Mum And Daughter Were Captured Doing (Video)