A man has revealed his unusual response to finding videos of his wife cheating on him on her phone.

Sam, who had been forgiven by his wife for sleeping with someone else earlier on in his relationship, claimed that finding videos of his partner doing the same made him want to get involved.

Sharing his story on the Strictly Anonymous podcast, the US citizen explained to host Kathy that he had always wanted his wife to have an affair, but admitted that the couple had never found an appropriate man for her to sleep with.

So, Sam confessed that he was shocked when he finally unearthed footage of his partner having sex with someone else. 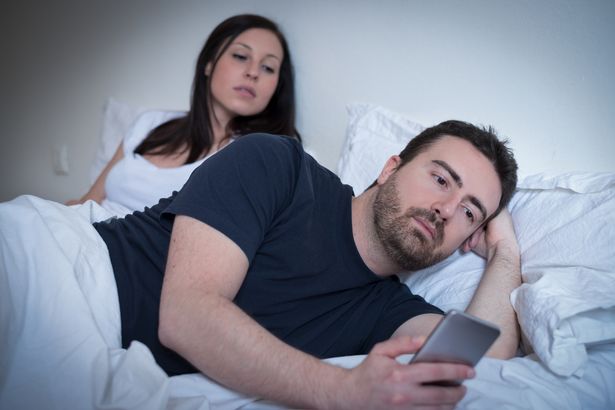 Host Kathy asked Sam about his reasons for searching through his wife’s phone in the first place and whether he was motivated by suspicion or his unusual fetish.

“A little bit of both,” he replied. “Mostly turned on, though. I just wanted to know what was going on that she would need to hide it from me.

“Not freaked out or upset, but freaked out like, ‘wow, she really did this’, and upset that I wasn’t there to enjoy it with her.”

Explaining that he read his wife’s conversation “like a book”, Sam detailed some of the things he found in the messages, including the pair sharing how much they wanted to be with each other.

“It got really, really heated and really spicy and naughty. [There were] pictures and videos and talking about meeting up. And that’s when it hit me, ‘did they actually meet up?’,” he continued.

So, Sam began to reflect on his wife’s recent outings, and remembered a time when she said she was going away for a work meeting.

But, rather than feeling upset at finding the videos, Sam couldn’t believe his luck, noting: “It was so hot.”

And, seeing the videos, Sam realised that he hadn’t been fulfilling his wife’s desires, so decided to have a frank conversation with her, which had a surprising result.

“I told her slowly, I was like, ‘I know why you did everything and what you did, you think I’m mad about this, and I’m not’,” he said.

“We had an open conversation for the first time for I don’t know how many years, it basically broke down the doors.

“Ever since we opened up everything, our sex life has been absolutely amazing. It’s been non-stop. And it’s basically what we wanted; more connection, more everything.”

Now, having been married for seven years, Sam explained his wife will go on a date and take videos of her sordid affairs, which the couple will then watch together on her return.