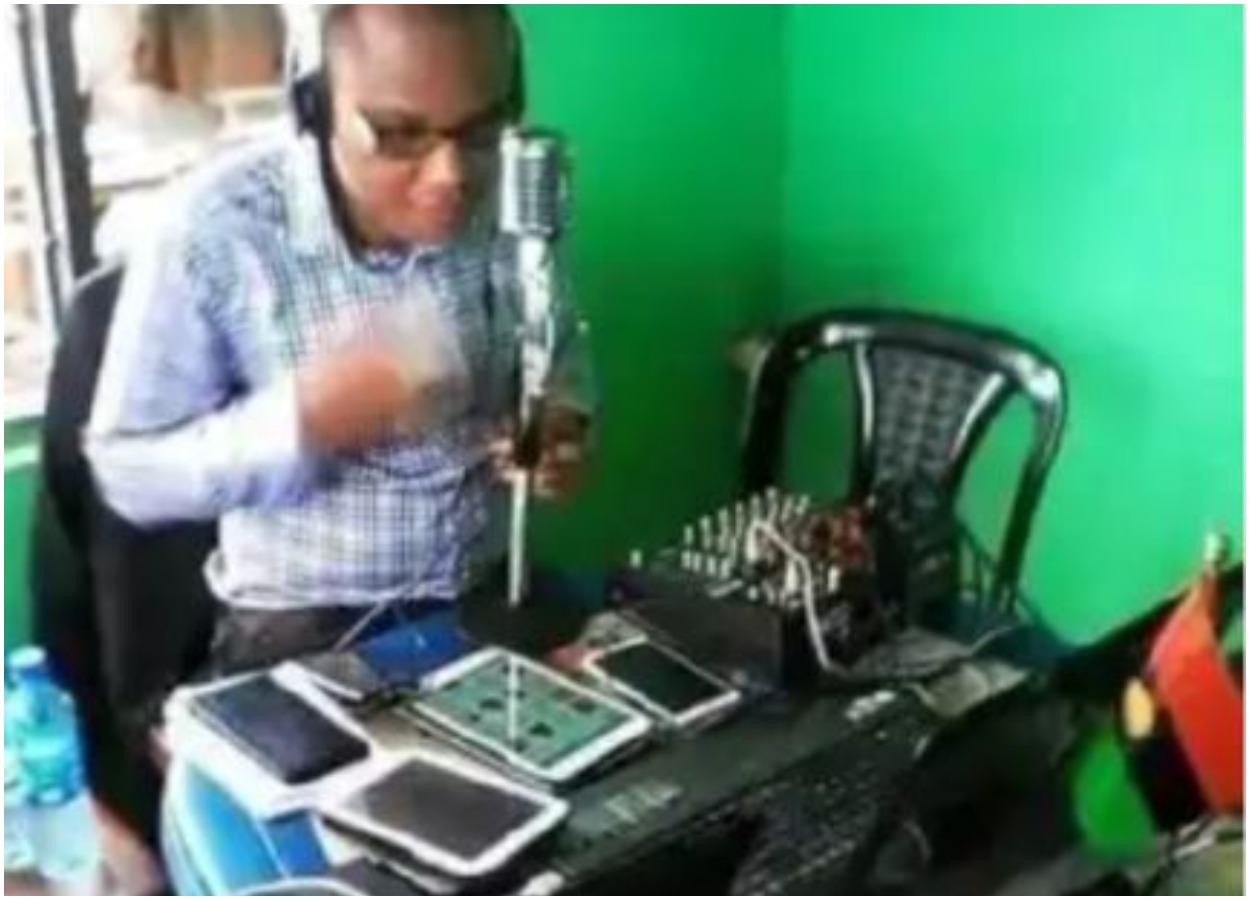 A throwback photo of how the leader of the proscribed Indigenous People of Biafra, IPOB, Nnamdi Kanu started the movement, Radio Biafra has surfaced on social media

In the photo that has become a growing sensation, Nnamdi Kanu was pictured with some broadcast equipment on a little table at the corner of his living room.

Until his arrest, Radio Biafra was operated and founded by Mazi Nnamdi Kanu.

According to reports, He was relatively an obscure figure until 2009 when he started Radio Biafra and became very vocal with the movement.