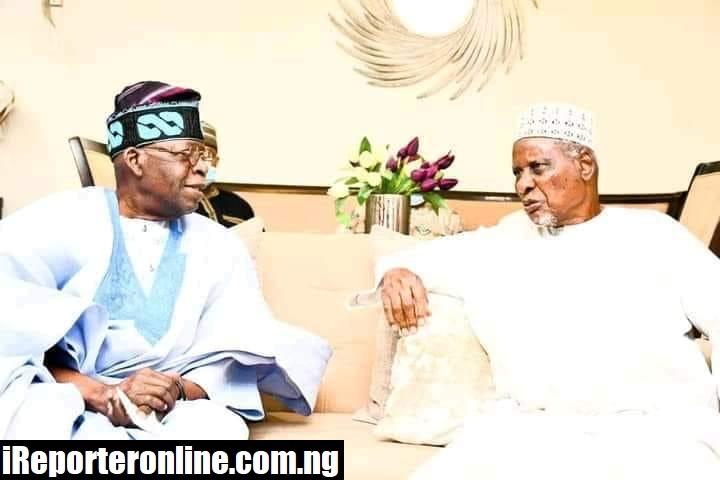 The foremost Tinubu’s group; Asiwaju Grassroots Foundation, AGF has commended one of the leaders of the Arewa Consultative Forum, ACF & Elder Statesman; Alhaji Tanko Yakassai for declaring his support for Asiwaju Bola Ahmed Tinubu’s Presidential bid ahead of 2023. 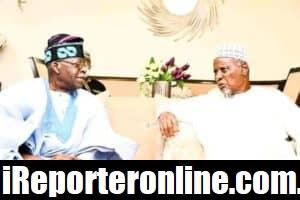 According to reports, Tanko Yakassai has thrown his weight behind the Presidential ambition of the APC National Leader, Bola Tinubu. Tinubu had visited Tanko Yakassai on Wednesday at his Abuja home privately.

Report says Yakasai divulged: “He (Tinubu) just came to visit me but actually I have two of them (presidential aspirants) that I have earmarked right from the beginning and I made a vow that any one of them who came to ask for my support first is the person I would support. Tinubu is the first person.”

In a statement released by his National Publicity Secretary; Comrade Adeboye Adebayo in Katsina Saturday morning, AGF described Tanko Yakassai as an experienced and elderly man full of wisdom who wants the best for Nigerians and he has seen that in Bola Tinubu Presidency come 2023.

“We are very happy to hear in the news that the Elder Statesman and Founding member of Arewa Consultative Forum ACF has thrown his full weight behind our Principal, Asiwaju Bola Tinubu ahead of 2023 Presidential election. It is a great endorsement, we are not surprised, it is the best thing to do by anyone who has Nigeria’s interest at heart and it is not by luck but the grace of God shining on our principal, his hard works, strategies, good plans for the country and the obvious patriotic zeal embedded in him. Alhaji Tanko Yakassai has taken a bold step in his conviction that Tinubu can make the country great and put her in an amiable  level among the comity of nations around the globe, hence his full support and we commended him for it” Adebayo noted.

A Committee under the Asiwaju Grassroots Foundation, AGF is currently in Katsina to continue their consultations, selling Tinubu to the Grassroots and soliciting supports for his ambition.

“We just landed in Katsina last night, we are at the home state of Mr President, Mohammodu Buhari to seek support for our Principal on his presidential bid. We are not leaving him to do it alone, we are all out here to sell his agenda for the people of Katsina at the Grassroots, we are talking to the traditional institutions, the elites, the almajiris, religious bodies, market men & women, young & old, student bodies, men and women, all Nigerians are stakeholders and we are not leaving anybody behind in this struggle. We have various committees in the AGF and one of them saddled with that responsibility is here in Katsina, I am also part of the committee, we are not making noise but we are working hard to convince people and educate them why Bola Tinubu is the best man for the top job” Adebayo said.