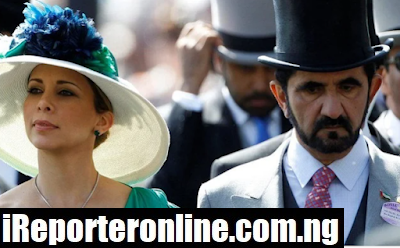 Mohammed bin Rashid al-Maktoum, the ruler of Dubai, has been ordered to pay Haya bint al-Hussein, his ex-wife, over $734 million in a divorce settlement.

According to BBC, the estimated 550 million pounds ($734 million and nearly N300 billion) is the biggest divorce settlement in British legal history.

In his written judgment on Tuesday, Philip Moor, the judge, found that the biggest threat facing Haya and her children is from “[Sheikh Mohammed] himself, not from outside sources.”

The quoted settlement, it is understood, will be used to cover Haya’s security costs for the rest of her life.

A fixed value on the total settlement wasn’t stated as the court ruled that Mohammed should pay the annual security costs for the children, aged nine and 14, for the rest of their lives or until a further court order is issued.

Haya fled to the UK in April 2019 with her kids and has been in court hearings on custody and financial support.

The divorce settlement marks the final stage in a years-long battle between the estranged couple.

Mohammed is also the vice-president and prime minister of the United Arab Emirates (UAE).