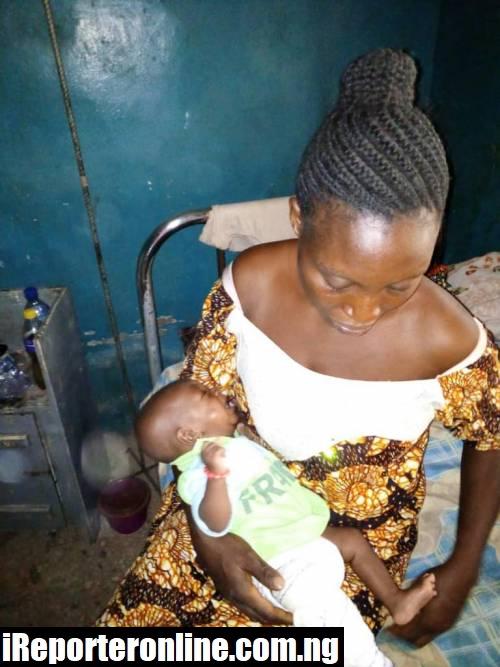 A woman, Aminat Jimoh, and her 45-day-old baby, Barakat, were on Tuesday severely injured when they were caught in a clash at the ward meeting of the Peoples Democratic Party at Igboora, Ibarapa Central Local Government Area of Oyo State.

SaharaReporters learnt that the baby, Barakat, lost her leg during an attack on her mother while some hoodlums were trying to attack the ward chairman of the party, Akindele Rufus.

It was gathered that the crisis started when a newly appointed Chief of Staff to the Ibarapa central Local Government Chairman, Segun Okesola, along with his aides from ward 10 invaded the meeting of ward 4.

The meeting of ward 4 of the party was held in two different places when one of the Okesola’s aides was trying to shoot the video of the other faction, hence creating an impression that the groups were having their meeting at the same venue.

The chairman of ward 4, Ibarapa Central Local Government, Akindele Rufus, who confirmed the incident in Ibadan, said the woman whose baby was injured was trying to separate the fighting factions when they pushed her with her baby.

He said, “We were doing our meeting when thugs invaded our meeting. After Okesola attended a factional meeting, he was coming towards our meeting with his aides shooting video. I asked him to stop shooting the video. That was when one of his thugs attacked me. Before I knew it, they started beating me.

“When the woman tried to separate us, the thugs pushed her and the baby was injured. We have taken the baby to a hospital and we have done an x-ray for the leg and an operation has been carried out on her.

“This is how those people intimidate us in the council. We have reported the case at Onimangoro Police Station, Igboora, Ibarapa central LGA.”

When contacted, the factional chairman of the party, Michael Okunlade, confirmed the attack on his members, saying; “The crisis is not limited to Igboora alone. We are using this medium to warn the governor and his stooges to stop attacking our members. We belong to the same party despite our disagreement; hence there is a need to maintain peace with other people. An election cannot be won with violence.”

Citing their experience during the state Congress at Jogor Centre, Ibadan, where hundreds of vehicles were destroyed by agents of the state government, the factional chairman said, “We want the people to take note of the body language of the governor is encouraging violence in the state. We have talked to our people not to engage in violence but nobody should think he has a monopoly of violence. Further attacks on our people will not be tolerated.”