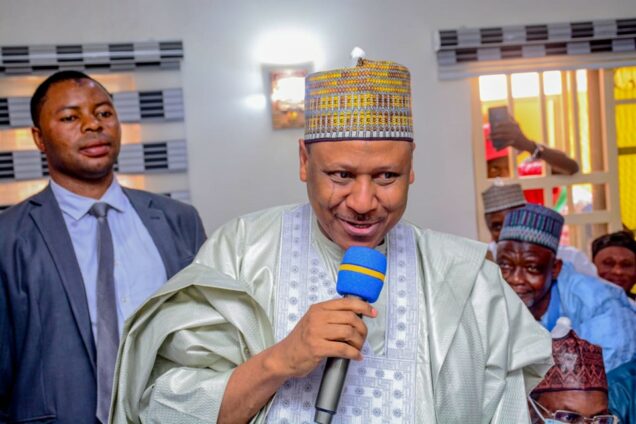 Alhaji Mohammed Idris Malagi, an All Progressives Congress ( APC) Governorship aspirant in Niger has donated 31 Sharon buses and N43 million to the party to enhance its operations.

Malagi, publisher of Blueprint Newspaper, made the announcement while presenting the vehicles at the party headquarters in Minna on Tuesday.

He said that the donation was aimed at strengthening the party activities for optimal political growth.

He declared his intention to contest for the governorship in 2023.

He gave the assurance of continued support and assistance to the party, which he described as the bedrock of politicians who intend to contest an election.

“I will let cat out of the bag, yes, I am aspiring to be the next governor of Niger state but today I am here to identify with the platform, with my party, the APC and attempt to strengthen the party through the donations”.

Malagi pledged his absolute loyalty to the party and charged for the sustenance of the unity of APC in Niger state.

He applauded Governor Abubakar Bello for ensuring a strong and indivisible party in the state, adding that disagreement is not division.

He further commended the state party Chairman for providing the required quality leadership and ensuring a strong and united party worthy of emulation.

Niger State APC chairman, Zakari Jikantoro however appreciated the kind gesture aimed at strengthening the party in the state as a welcome idea, assuring to sustain victory at all levels of the forthcoming elections.

He maintained that the gesture was enough for his future aspiration and prayed for his success in his ambition, noting that the party would sustain its unity taking into cognizance of being a ruling party at all levels to its advantage.( NAN)