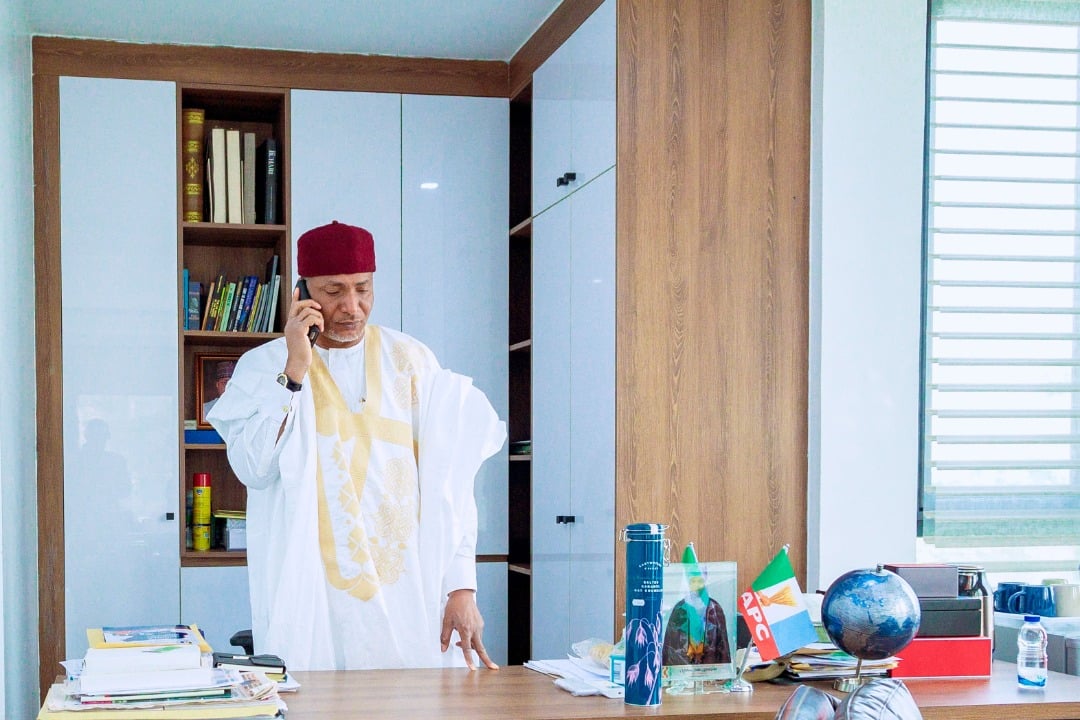 As the APC governors and President Buhari finally approves March 26th for its national convention, the intrigues playing out around who becomes the next chairman of the biggest political party in Africa have not ceased recreating. 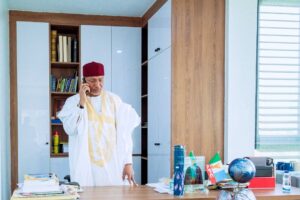 Speculations are rife that a long time ally of President Buhari and the Turaki of Ilorin, Mallam Saliu Mustapha may be adopted as the consensus candidate with the strong backing of the presidency and governors of the party.

The zoning list finally arrived at for the offices of the National Working Committee of the party reveals the North-Central comprising of Benue, Kogi, Kwara, Nasarawa, Niger, and  Plateau State will produce the National Chairman of the party.

As a direct fallout to the adopted zoning formula party stakeholders has begun to mount strong advocacy for a consensus candidacy based on the reality and expectations of party members nationwide.

Tactically since the Chairmanship of APC has been zoned to the North Central, there are only four aspirants left to slug it out.

Of the four shortlisted contenders according to the zoning formula, only Saliu Mustapha has not served as a public officer, while the three others are serving Senators with George Akume and Al-Makura having served their states previously as Governors.

According to a source within the party’s top echelon who preferred anonymity, the party is currently facing an integrity test amongst Nigerians on who emerges as the Party’s National Chairman.

“Mallam Saliu Mustapha is now in the electoral “Catbird Seat”, our party faces an integrity test from Nigerians and we are expected to bring the best candidate forward as our party chairman to send a strong message across to Nigerians that we are interested in their predicaments and what concerns them as citizens.

Our actions as a party is a clear signal on which direction the country would face come 2023, whoever emerges as our next national chairman is the Face of Hope for Nigerians and we believe Saliu Mustapha is the best candidate that suits that enviable position.”

In a similar vein, our sources at the villa who also craved namelessness said it was improper for serving Senators to be in the race without stepping down from their positions held to confront the task of governing a party as big as the APC.

” I see Saliu Mustapha having a clear edge as against his other contenders from the North Central who are all serving Senators, these people have an unfinished business with their constituents and should be allowed to face the mandate their people have given to them than struggling to become our next party National Chairman.

They have been distracted from serving their constituents diligently with the rigours of becoming the next APC national chairman already.

If we want a seamless transition and focused leadership then they should resign their assignments as Senators and then follow their pursuit for the party’s top job.

Don’t you know the constitutional wahala their vacancy from the Senate would bring? The idea of another inter-party squabbles and resources to run a by-election is not needed at this crucial time of our political journey towards the next general elections.

The APC forthcoming Congress has brought about lots of complications already we should not further complicate issues.”

Aside from the famed administrative leadership experience of the Turaki of Ilorin,  party stakeholders are of the opinion that a new order of administering the party to meet the dynamic reality in running the affairs of a political party as big as the APC lies in Saliu Mustapha.

” Aside from Saliu Mustapha, the other contenders seem to have one grudge or the other with the general public, George Akume and Al-Makura as Ex-governors may not guarantee us the changes we desire.

We have moved on from the era of party imposition and praise-singing to genuine party administration anchored on equity, fairness and all-inclusiveness.

As for Sani Musa, Nigerians are still very angry with his sponsorship of the anti-social and anti-media bill that almost crippled the country two years ago.

I think the best candidate with integrity and a no case-to-answer is Saliu Mustapha” Musa Bello, APC Chieftain Sokoto State.

Meanwhile, it has been learnt that President Buhari is keen on seeing that the next national chairman of the party emerges from a clean and transparent system while urging stakeholders to look critically into the antecedents of Members vying for the chairmanship position.

“We have no objection to the consensus candidacy of Saliu Mustapha becoming our next chairman as supported by party stakeholders across the Federation, ” a senior aide at the presidency was quoted as saying.

BREAKING: Former Governor Forfeits US Property, 9 Others To FG