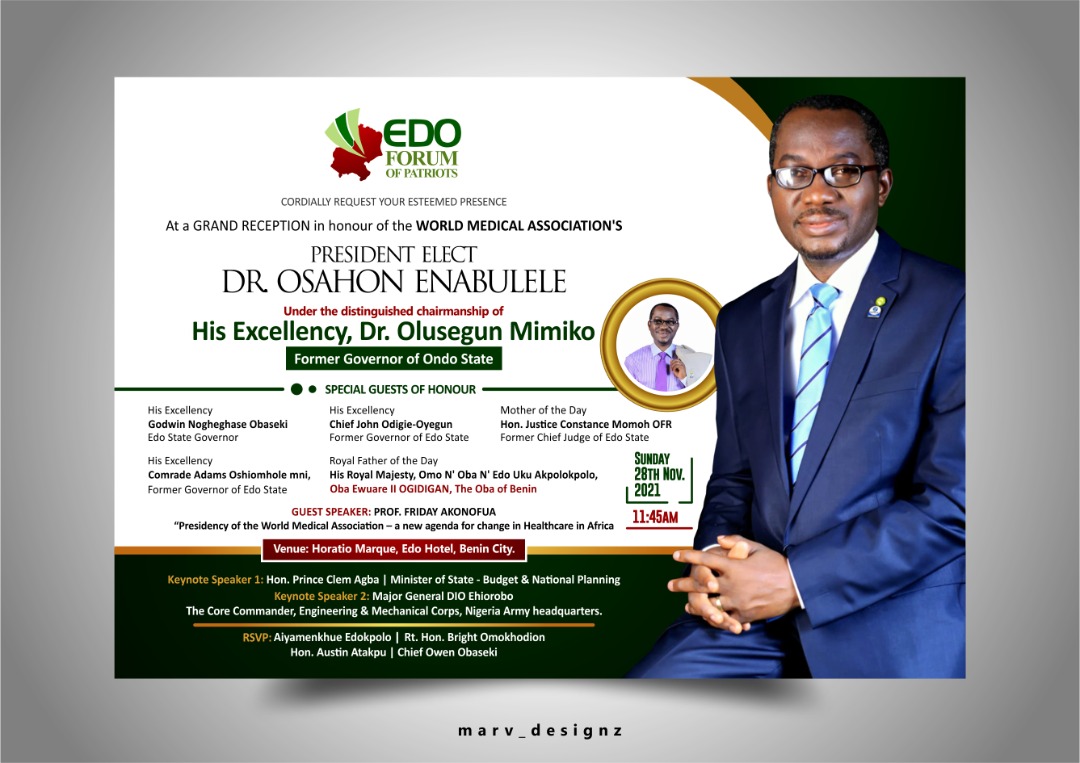 Benin City the capital of Edo State would today play host to eminent Nigerians from all walks of life as they storm the City for the Grand Reception in honour of the World Medical Association President-Elect, Dr Osahon Enabulele.

The event promoted by the Edo Forum Of Patriots, EFP would be chaired by His Excellency, Dr Olusegun Mimiko, the former Governor of Ondo State. The speaker for the event is Dr Friday Akonofua.

The mother of the day at the event is Hon Justice Constance Momoh while His Royal Majesty, Omo N’Oba N’Edo, Uku Akpolokpolo, Ewuare II, The Oba of Benin would serve as the royal father of the day.

The event would be hosted at the prestigious Horatio Marque, Edo Hotel Benin City.

Dr Osahon Enabulele MBBS, MHPM, FWACP, FNMA  is the first Nigerian and West African Physician to be elected President of the World Medical Association since the establishment of the global body of Physicians in 1947. 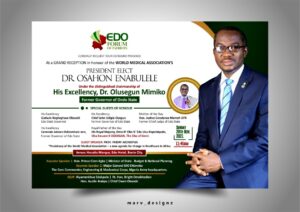