A petition by former presidential aide, Reno Omokri, on a social media platform to have President Muhammadu Buhari tried and imprisoned by the International Criminal Court for crimes against humanity, has received 100,000 signatures.

Omokri announced this following recovery of the platform which was hacked by hackers, who are, according to him, paid by the Presidency.

However, following direct consultations between Omokri and those running the platform, the petition was restored to its original language and restored on Friday, November 26, 2021, and less than 24 hours after it was restored, it hit 100,000 signatures and counting.

The petition is directed at the International Criminal Court and comes after Lagos Judicial Panel of Inquiry on EndSARS indicted the Buhari administration in its report.

At 100,000 signatures in 96 hours (the time when it was hacked is not counted), the petition is the first petition of Nigerian origin to hit that number in that time frame, showing the support of the Nigerian public to make Buhari pay for the heinous murder of young Nigerians murdered on October 20, 2020, as Buhari feared EndSARS would lead to his overthrow. 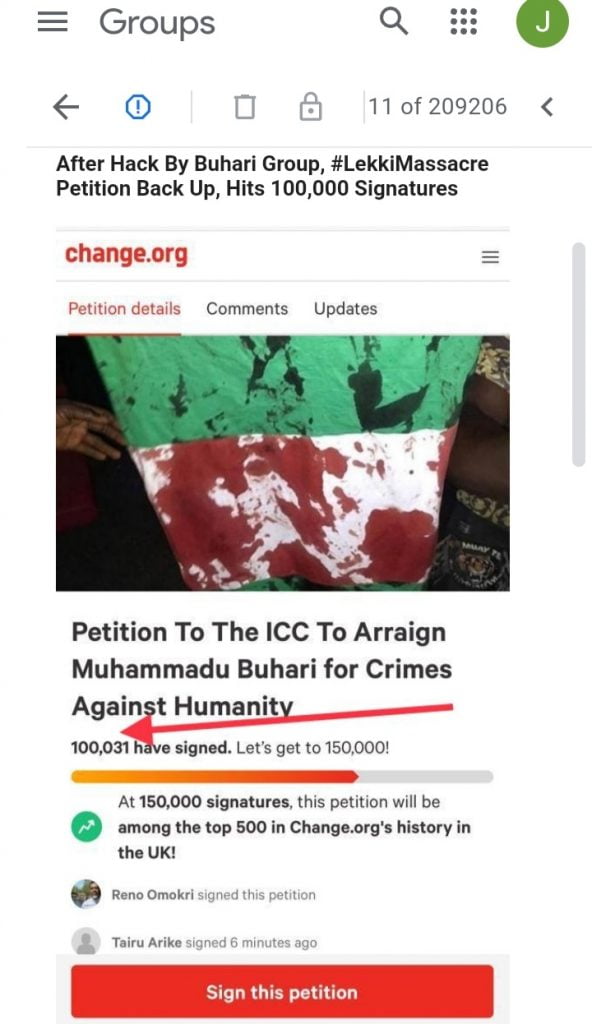