Inikorogha, an Ijaw community of Ovia South Local Government Area of Edo, is to be electrified for the first time since its existence.

Mr Dennis Idahosa, a member of the House of Representatives who attracted the project, disclosed this while speaking with newsmen in Benin on Friday.

The representatives of  Ovia Federal Constituency said that the project which would be executed by the Niger Delta Development Commission (NDDC), will commence immediately. 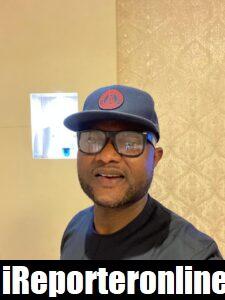 Idahosa noted that the rural electrification project which covers a distance of 30km from Udo to Inikorogha, would serve many things among boosting small scale businesses that require electricity.

“I am elated with the award of the contract for the project, this is particularly so because the inhabitants of this community will be electrified and connected to the national grid.

“We are not just talking of electrification here but the multiplier effect of this project to the people; it will spur commercial activities in the area.

“This is not just going to be another sing-song project, the contractor has been fully mobilised to immediately commence the execution of the project,” Idahosa stated.

The community described as “unbelievable ” the news of the electrification project and commended Idahosa for fulfilling his campaign promise to the people.

The spokesman of the community and ex-militant, Mr Robert Okubor, said this is first of its kind to the ijaw community.

Okubor said that the community would see to the successful execution of the project by providing the necessary support to the project contractor.

According to him, “We are indeed elated, even our ancestors who had prayed for this are happy.

“When Idahosa made this promise during his campaign, though we have been supporting him through prayers, but it was hard to believe that this day will come.

“He has been spreading constituency projects across the cranny of the federal constituency and now ours have come.

“In 1991, a company named Africa Timber and Plywood Company gave the Inikorogha community a generating plant while same was supplemented by the military administration of Anthony Oyeregbulem in 1997. All this have broken down in over 25 years ago.

“You can the see reason why we are happy and ready to do all, including providing security for the contractor of this project.