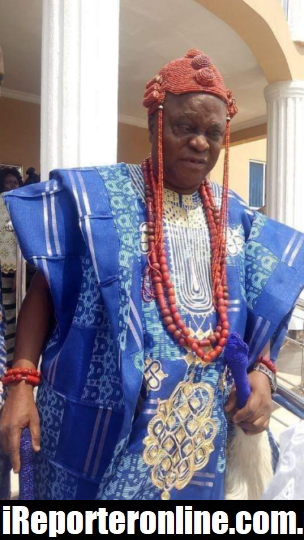 The Onijan of Ijan, Oba Samuel Oyewole Fadahunsi, a traditional ruler in Gbonyin Local Government Area of Ekiti State has passed away.

Read Also JUST IN: Buhari Has Been Caged (Details)

The monarch died on Thursday after 19 years on the throne.

Following the death of Oba Fadahunsi, traditional rites have begun in the town. Trees in the quarters of the king are already being cut down which indicated the passing of the monarch.

Also, other traditional rites in line with the traditional practice of Ijan Ekiti are being performed in the town already.

The deceased monarch was enthroned on September 22, 2002.

He got his staff of office in April 2003 from the then Alliance for Democracy government, led by Otunba Adebayo.

The monarch succeeded Oba Adeyemo Obarinde who passed away February 2000, after 48 years on the throne.

My Loyalty To APC Is Being Tested – Joe Igbokwe Laments