There was drama after a man bundled a lady into a waiting motorbike after refusing to go home and spend the night with him as agreed. 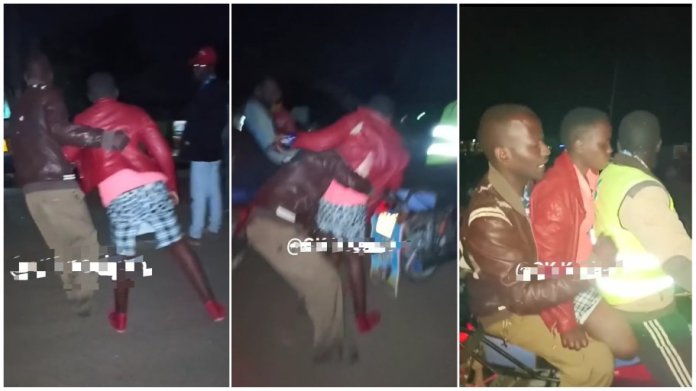 The middle-aged man bought the lady some drinks and when it was time to go home, she changed her mind.

Both drunk and unable to walk, the no-nonsense man is seen pulling the lady and bundling her into a waiting motorbike like a sack of potatoes before speeding off.

The man met the young lady at a local joint within the area and approached her, before spoiling her with drinks and food.

Read Also The Case Against The British

She agreed to spend the night with him but after wining and dining, she started taking him in circles.

She even tried to escape but the defiant man caught up with her.

In the video, the man is heard demanding a refund if she fails to stick to her earlier plan.