Ugandans on social media are on a bizarre again after video of an upcoming artiste identified as Belta K made their way through to the internet space. 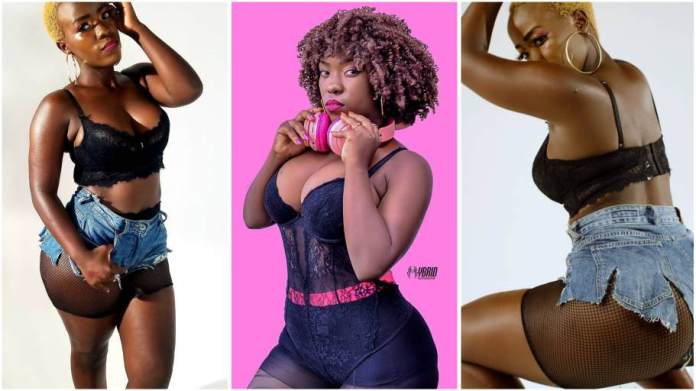 Belta K, real name Namubiru Griffin Belta, a Dancehall, R&B, and Zouk artiste is alleged to have the pr¡vate herself in exchange for cash and popularity, something which has left many shocked while others are praising her work in some of the clips.

Her music career has not really set off yet as a singer with her songs Mummy Yo, Freaky Love, among others not performing well.

She is, however, well known in the circles of choreographers and video vixens around Kampala and her skills have seen her feature in several music visuals.

Belta is one of the beautiful girls featured in Ziza Bafana’s new music video ‘Embuzi’ as a vixen.

Belta reportedly recorded the shocking videos of herself under her SnapChat “Beltatwerk’ account showing her followers what she is gifted with.

Unconfirmed reports close to the victim intimated that Belta is a professional ‘sumbie’ vendor who also sells her private photos to men and women on SnapChat in exchange for huge dimes.