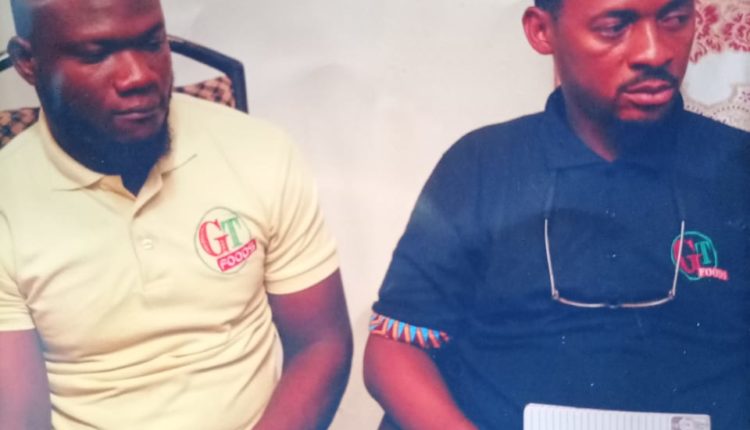 A warrant of arrest for the two wanted persons has been issued by a Magistrate Court in Benin City.

A statement signed by Edo state police command Public Relations Officer, SP Bello Kontongs stated that the two suspects are wanted in connection with the offence of Conspiracy, Advance Fee Fraud, Obtaining Money Under False Pretense and Diversion of Funds to the tune of Twenty Seven Million Naira (N27,000,000.00) in Benin City.

The statement further said that the second suspect, Donald Enwereji is a supervisor in GT Fast Food located at Uselu Road Benin City. He is an Igbo by tribe and hails from Ezinihitte Mbaise in Imo state and he is 35 years old, 5 feets tall, medium built, oval face, no tribal marks, thin lips, good set teeth, black eyes, fair in complexion, medium head, low forehead, eye bra but not too bushy.

READ ALSO: UPDATE: One Of The Aye Cult Boys Who Brutalized And Stripped Lady Naked For Using Their Slang In Tik Tok Arrested (Video)

According to the police statement,” if any of the two wanted persons are seen, they should be arrested and hand over to the nearest police station.

Anyone with useful information that could lead to their arrest should contact the nearest police station or the Commissioner of Police Edo state, the Deputy Commissioner of Police, State Criminal Investigation and Intelligence Department, Benin City, Police Public Relations Officer, Edo state police command through the following Telephone numbers: 08077773721, 08037646272, 08033438900, 08126660696 and 08036155233″

Edo: Couple Arrested For Beating, And Setting Up A Pastor Who Allegedly Showed Love Interest To The Wife Of His Member [Video]