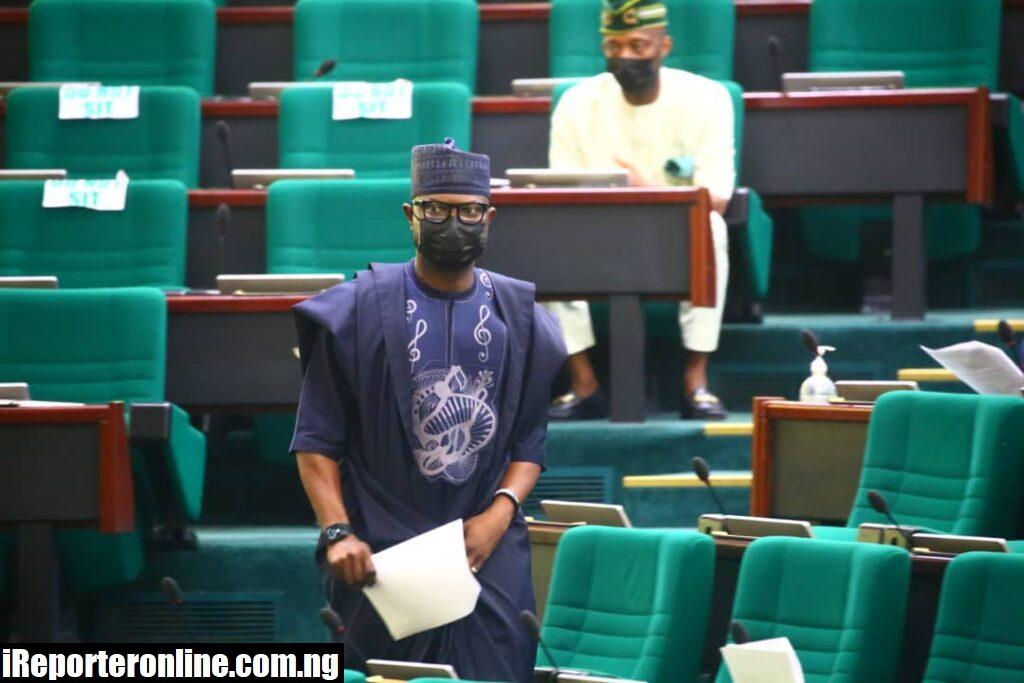 The Federal Lawmaker representing Ovia Federal Constituency in the National Assembly, Hon Dennis Idahosa has been assured by the Ministry of Education on the project execution of the Federal College of Education, Ekiadolor. 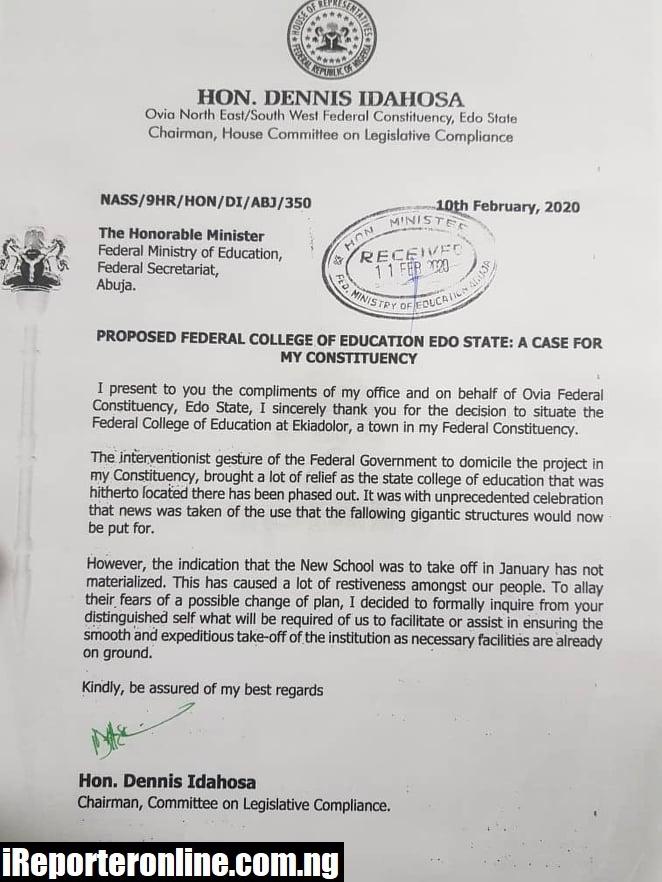 Recently the lawmaker wrote another letter to the Ministry Of Education pleading for a quick response to the agitations of his constituents over the delay in the project execution, in a letter dated on 6th May 2021, he reminded the Hon Minister for the need for a positive answer to his earlier appeal. 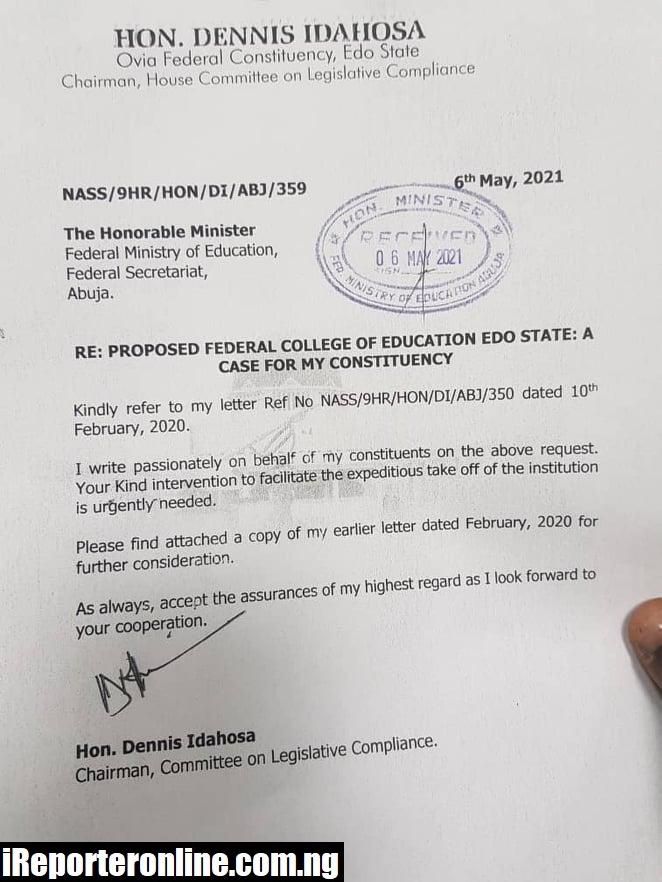 In a soothing response, the Ministry of Education in a letter dated 6th July 2021 assured the lawmaker and constituents of Ovia of the Federal Government’s readiness in executing the project as planned.

Dennis Idahosa who happens to be the chairman committee on legislative compliance has come under heavy commendation for his political engagement towards his constituents. Aside from his people-oriented projects scattered all over his constituency, the lawmaker is also noted for acting as an intermediary in reaching out to other Federal Agencies in alleviating the plights of his people. 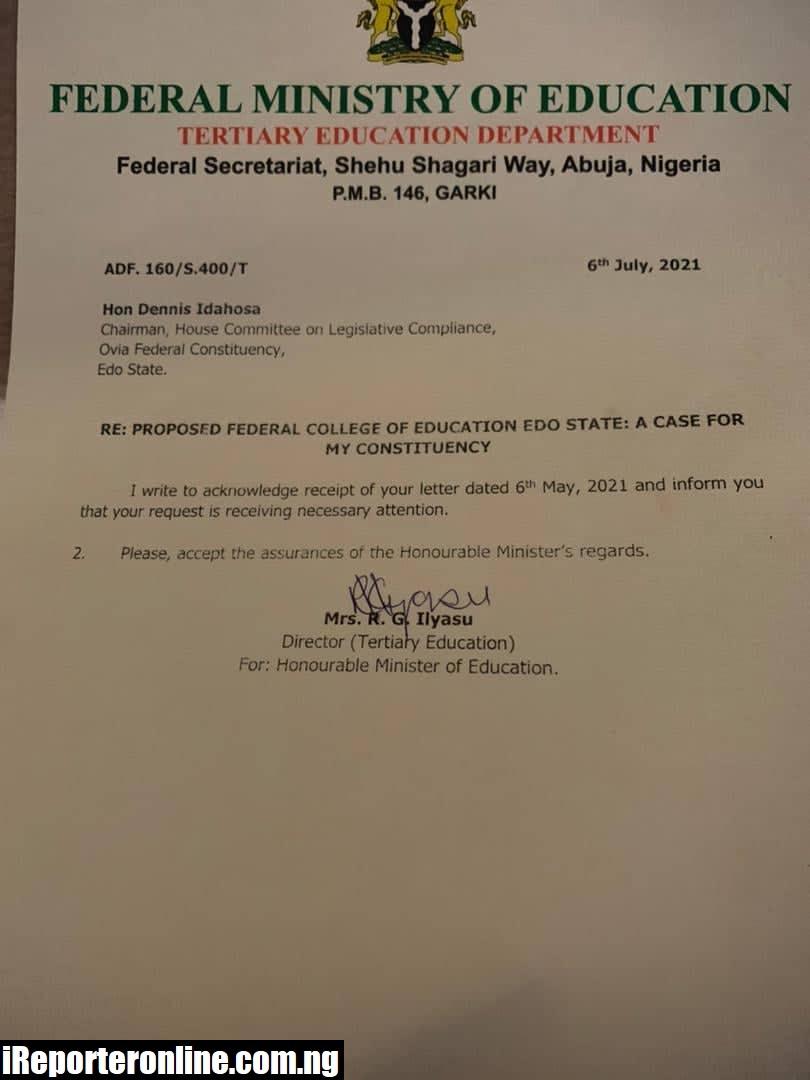 A few weeks ago he was instrumental in the restoration of electricity to over 70 communities in Ovia, the project being sponsored by NPDC is a result of his spirited efforts and is currently ongoing.

Just last month the House of Representatives  urged the Federal Ministry of Works and Housing to commence the reconstruction of Upper Siluko Road in Edo State through Ogbese in Ondo state, the motion was moved by the youthful lawmaker, Dennis Idahosa.