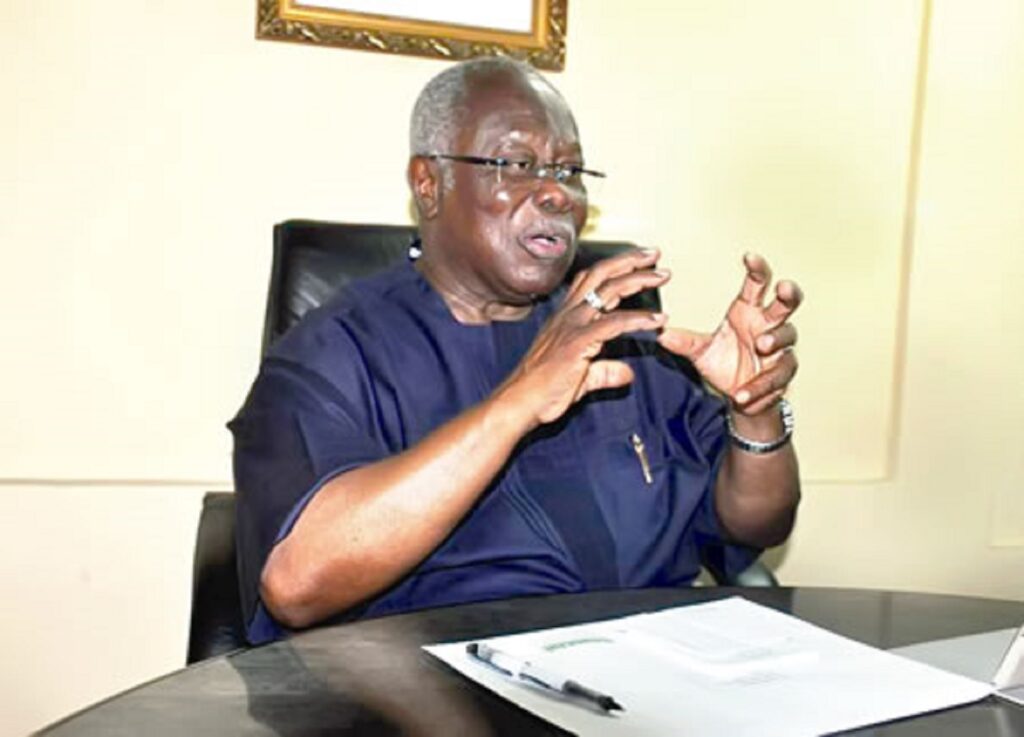 Chief Olabode George, a former Deputy National Chairman of the People’s Democratic Party (PDP) has slammed a N500m lawsuit against a chieftain of the party, Dr Adetokunbo Pearse over alleged defamation of character.

Pearse, a state chairmanship aspirant of the PDP in Lagos State was alleged to have said that Chief George, was responsible for the disruption of the state congress election of the party on October 16.

While confirming the lawsuit in an interview with DAILY INDEPENDENT, George said “I have asked my lawyers to take him (Pearse) to court for defamation. I don’t want to comment about him because he is an infra dig”.

Read Also JUST IN: Fresh Crisis Brewing In APC As Chairman Gets Suspended

“If I tell you about his character, he will be ashamed to leave his house. When we get to court, he will come and repeat what he said about me and who fired the gunshot. It was an insulting statement by him to make about me and I have sued him for N500m”.

However, speaking with our correspondent, Pearse who confirmed the receipt of the letter from Chief George’s lawyer said he will never apologise as he never accused Chief George of being responsible for the gunshots that brought the congress to an abrupt end.

“The third week in October, he sent me the letter from his lawyer that if I did not apologise for accusing him of truncating the election, he will take me to court and I will pay N500m. I replied and I told him that rather than apologies, let me tell you how you messed up”.

“He thinks I said he was the one that ordered the shooting. I never said so. All I’m saying is what happened at Tafawa Balewa Square should be looked into”.

“On the day of the congress, I came in about 12:30 pm. All the delegates were there from across the state lined up peacefully under their tents in order of their local governments. By 2 pm, Senator Biodun Olujimi had started accreditation. By 3 pm, they had accredited every local government and voting started right away alphabetically”.

“When voting started, all of a sudden, Bode George went to Olujimi, who is the Secretary of the congress and said she should cancel the election. The woman said ‘no, I can’t do that. He now threatened that ‘if you don’t cancel the congress, you will see’ and he walked away”.

JUST IN: Fresh Crisis Brewing In APC As Chairman Gets Suspended