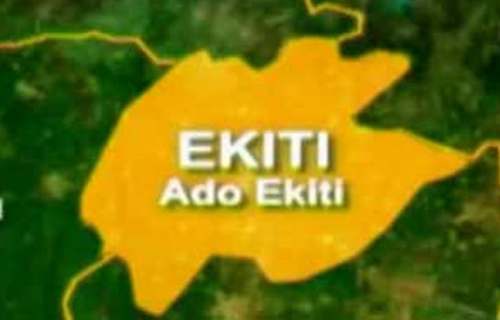 The Ekiti State government said it has commenced investigation into the alleged COVID-19 fumigation of the State College of Health Sciences and Technology Ijero-Ekiti, which led to the hospitalisation of over 100 students of the institution.

Tribune Online gathered that officials of the Federal Fire Service were alleged to have commenced a ‘COVID-19 fumigation exercise’, on Wednesday, in the school which coincides with the time the students were writing their exams.

Sources informed our correspondent that some of the students hospitalized were said to be asthmatic patients who developed complications after inhaling the chemical substance used for the fumigation.

One of the sources said: “The people came to the school today to fumigate which cut many surprised because nobody is talking about COVID-19 fumigation at the moment.

“The students were writing their exams today and I believe the chemical substance used affected many of them which made them be hospitalised. It is a very dangerous situation in our hands. They(students) inhale the substance and it really affected many.”

Those with critical conditions were said to have been rushed to the Federal Teaching Hospital, Ido Ekiti and the ABUAD multi-system hospital.

Confirming the incident, the state Commissioner for health, Dr Oyebanji Filani, said about 100 students of the institution were victims of the incident, noting that government ambulances were immediately deployed to move the affected students to the hospital.

While disclosing that investigations have commenced unravelling the motive behind the exercise by the officials of the federal agency, he said everything would be done to arrest and prosecute those found culpable.

Filani revealed that only 36 of 1000 are still remaining in the hospital, with two critical conditions at the FMC in Ido-Ekiti and another in close examination at the ABUAD hospital.

According to him, “I have been to Ijero today to see things for myself and I can confirm that about 100 students were affected due to the substance used for the fumigation exercise.

“We are on top of the situation to determine the authenticity of the people involved, their motives and above all to see the letter that was said to have written to the school for the fumigation exercise.

“From the information, we have at the moment, the officials that came for the exercise were from one federal agency and we will investigate and take appropriate measures.”

He added that government would ensure the safety of all students in the school, saying a majority of the victims are in stable condition at the various hospitals.

Igbos In Diaspora Call On UN, EU, Others To Intervene In South-East Crisis