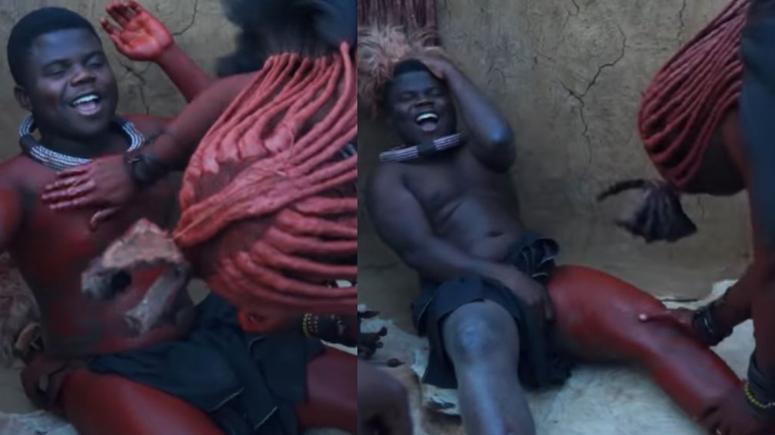 Ghanaian vlogger Wode Maya has set out to explore African culture and showcase it to the rest of the world, which he has been doing for quite some time via his YouTube channel, but his recent trip to Namibia got him screaming. 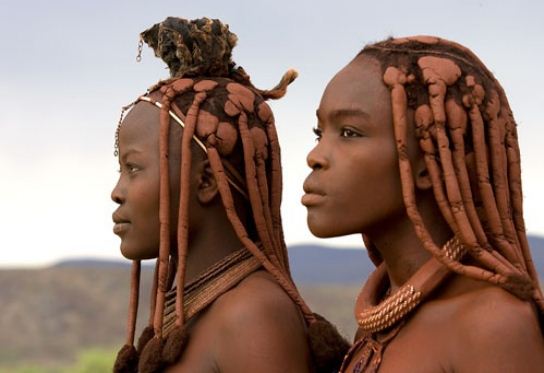 He visited the Himba people of Namibia, a tribe known for a lot of bizarre cultural practices including welcoming visitors with sex instead of just food and water as it is done in other parts of the Africa continent.

When you visit a Himba man, beyond food and water, he will offer you no other woman than his wife to not only spend the night but have sex with you over the night before her husband takes her back the next day.

Wode Maya, despite the plethora of information on the internet about the Himba people, decided to visit them to confirm their cultural practices in person, ostensibly the one regarding offering sex to guests.

Read Also Hilarious!! Lady Catches Boyfriend Sleeping With Another Woman In Her Room, Records The Scene Live On Facebook (Video)

He was given a warm reception judging from the video from Namibia which he uploaded to his YouTube channel. He participated in some of the practices including the way they bathe, the food they eat and how they prepare them among other things.

The only thing Wode Maya didn’t disclose to his audience is how he was received as a guest on the night of his visit. He was seen in the video being attended to by women while their ‘temping’ breasts remained completely uncovered.

The Himba tribe are a nomadic people often called the Ovahimba or Omhimba people who live in the Kunene region of Namibia.

They are predominately livestock breeders and farmers while their women are preoccupied with gathering firewood, cooking and serving meals and sourcing for freshwater.

Some of the villagers are socially inclined and very religious, admiring and worshiping their ancient gods.

Another strange thing about the Himba people is the fact that they don’t bathe with water. This has however been attributed to the harsh climatic condition in their region.

They live in one of the most extreme environments; the harsh desert climate and the lack of potable water are the reasons why this tribe has difficulty getting a bath.

Read Also H0rny Students Filmed F!ng£ring, k!ssing And Ch0pping Each Other In Public At Night (Video)

Due to scarcity of water, they apply red ochre on their skins and then make use of a daily smoke bath to maintain their hygiene.

Shouldering charcoal is dropped into a bowl filled with herbs and the smoke is allowed to ascend and the people bow over this smoking bowl and because of heat, the body perspires and helps in washing the body.

Himba people are friendly to strangers and visitors but will not allow any interference in their culture.

Things Ladies Shouldn’t Give Up For A Relationship