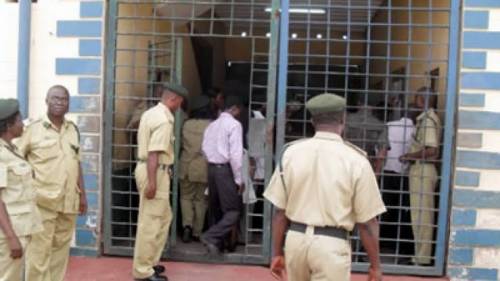 How Three Brothers Were Sent To Prison Same Day In Edo

Three brothers have been arrested and sent to prison in Edo state.

The brothers identified as Jonathan Udofa, ThankGod Udofa and Emmanuel Udofa were convicted and sentenced to prison on Thursday, November 25 2021.

The trio were arraigned  by the Benin Zonal Command of the EFCC on a one count charge of false representation and were consequently sentenced by Justice Efe Ikponmwonba of the Edo state high court.

In January 2021 the brothers falsely represented one james Changhan, a Chinese.

The charge against Emmanuel reads: “Emmanuel Udofa (Alias James Changhan.) sometime in January, 2019 at Benin City, Edo State within the jurisdiction of this Honourable Court did falsely represented yourself to be James Changhan (a Chinese man) and thereby committed an offence contrary to section 484 of the Criminal Code Cap 48 Laws of Bendel State of Nigeria (as applicable in Edo State) 1976.”

When their charges were read to them the brothers pleaded guilty.