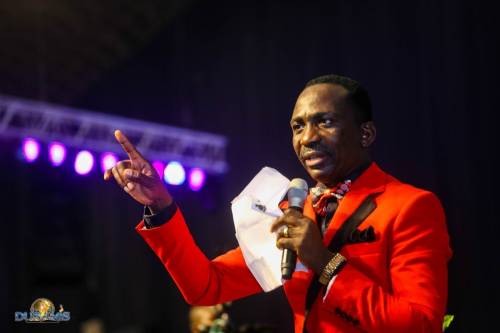 Sources have narrated how operatives of the Department of State Services (DSS) stormed Dunamis International Gospel Centre in Abuja and whisked away six activists who wore #BuhariMustGO T-Shirts.

According to one of the church members who witnessed it, about ten of the activists came out when it was time for first timers to be recognised.

In a twinkling of an eye, the church’s security guards held some of them back and handed over to the secret police. According to SaharaReporters, six of the activists were whisked away in a Hilux van and two power bikes.

Read Also You’re a Conman, I Told You I’d Smoke You Out – Asari Dokubo Brags and Mock Nnamdi Kanu

The activists were reportedly manhandled and beaten by the DSS operatives on the church premises, who also seized their mobile phones. Meanwhile, Omoyele Sowore, in his reaction, called out the founder of Dunamis, Paul Eneche, on social media.

“About 10 activists decided to attend Dunamis church in their #BuhariMustGo T-shirts. The church asked all first timers to come out for prayers. The patriotic citizens obeyed the clarion call from the Altar with their fully displayed #BuhariMustGo shirt.”

“They were immediately apprehended by the church security on their way out of the church and subsequently handed to the DSS. Kudos to the courageous activists for this creativity. I’m certain if the activists had worn a shirt inscribing “sai Buhari” they would have ranked as Pastor Enenche’s new best friend.”

“Historically, even in revolutionary epochs, the church has always been one with the oppressive state. And this wretched trend has not changed and it’s not likely to change until we create a social system that consciously separates religion from the state,” the activist wrote on Twitter.

The church is yet to issue a statement on the matter. Popular human rights group, Concerned Nigerians has called for the release of the Protesters.

“Wrong of Dr. Paul Enenche, Senior Pastor of Dunamis to have handed over activists who attended his church with a branded #BuhariMustgo T-Shirts to the DSS.”

“We call for their immediate release now.”, a statement signed by the leader of the group, Deji Adeyanju, read.

You’re a Conman, I Told You I’d Smoke You Out – Asari Dokubo Brags and Mock Nnamdi Kanu