Many passengers narrowly escaped death as an aircraft in the fleet of Air Peace crash-landed at the runway of the Ilorin International Airport, Kwara State. 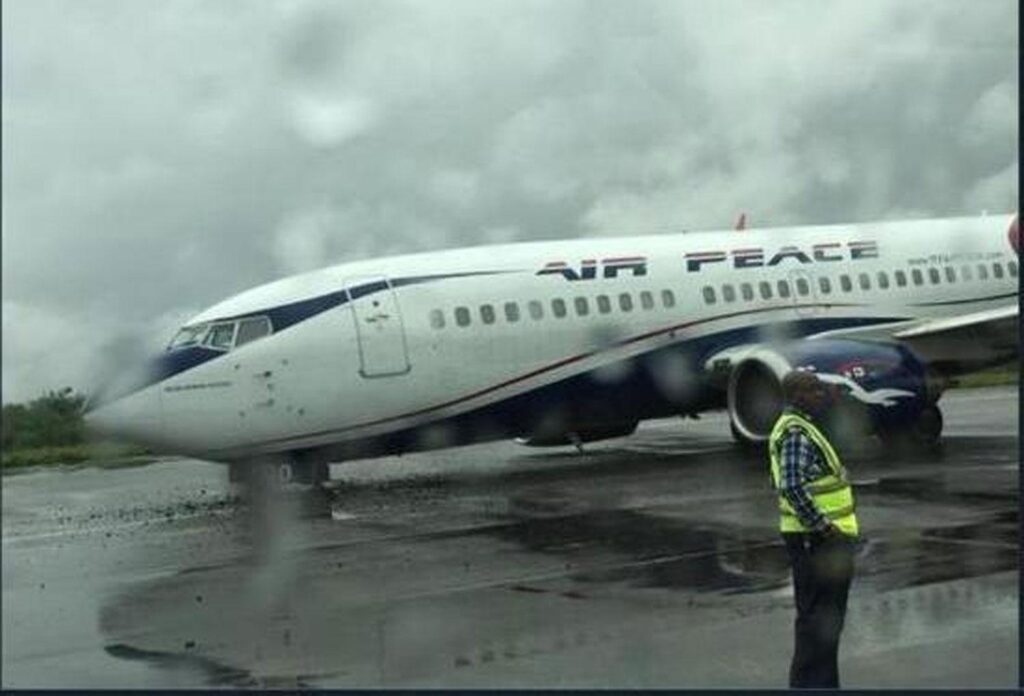 Naija News learned that the aircraft crashed around 9.30 am on Friday morning upon landing in Ilorin from Abuja.

The plane had a tyre burst and a bang which affected the cabin with luggage falling on passengers.

It was gathered with the impact of the crash, the plane could not taxi to the tarmac.

However, all the traumatised passengers were successfully evacuated from the runway, and efforts were being made to relocate the plane from the runway.

The Federal Aviation Authority of Nigeria (FAAN) has closed the runway to traffic and all flights to the state have also been cancelled until the evacuation of the plane.