Minister of Interior, Mr Rauf Aregbesola has asked governors to sign the death warrant of 3,008 inmates on death row at custodial facilities across the country. 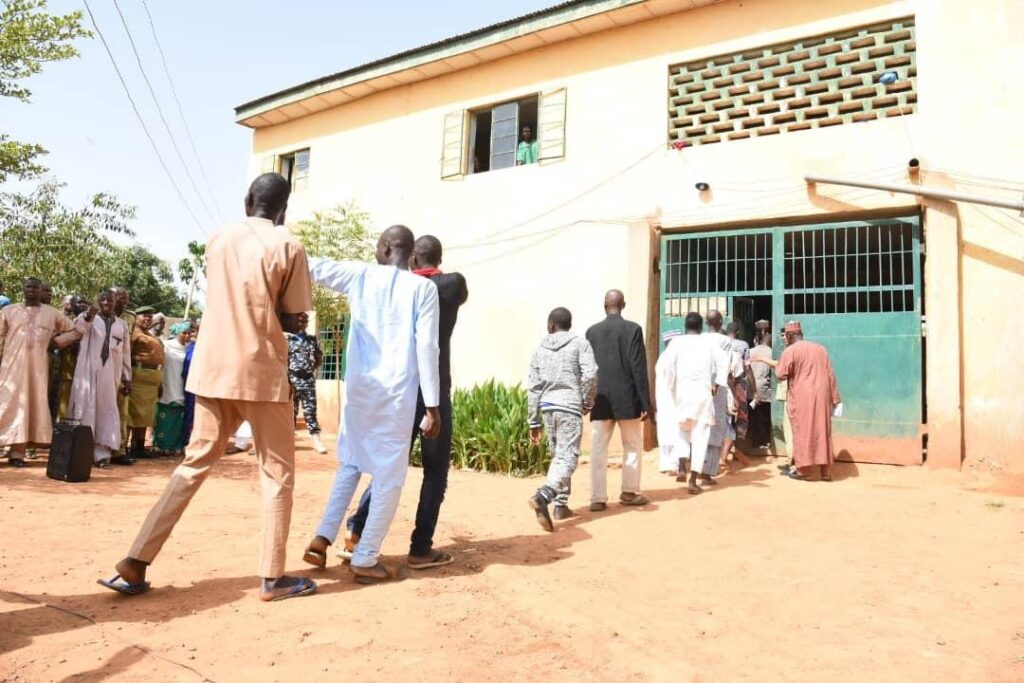 Speaking while inaugurating the newly constructed headquarters of the Nigerian Correctional Service, NCOs in Osogbo, Osun state capital on Friday, July 23, the Minister said jail congestion is the major headache of the Service.

Aregbesola also disclosed that the entire national custodial facilities with a maximum capacity of 57,278 inmates currently has a total population of 68,747 inmates, made up of 67,422 males and 1,325 females.

The Minister said 50,992 inmates representing 74 per cent of the total population of inmates in the nation’s custodial centres are awaiting trial, while only 17,755 inmates which is a mere 26 per cent are the actual convicts.

“There are presently 3,008 condemned criminals waiting for their date with the executioners in our meagre custodial facilities. This consists of 2,952 males and 56 females.“In cases where an appeal has been exhausted and the convicts are not mounting any challenge to their conviction, the state should go ahead, to do the needful and bring closure to their cases.

Aregbesola noted that state Governors have an alternation of setting some of the condemned inmates free on compassionate ground, especially those who have grown old on account of the long time they have been in custody and those that are terminally ill.

Aregbesola said the 3,000 high-capacity custodial centres which is being built by the federal government in Kano, Rivers States and Abuja, would be extended to the six geo-political zones in the country and is expected to ease congestion considerably and enhance the capacity to manage the facilities for corrections.