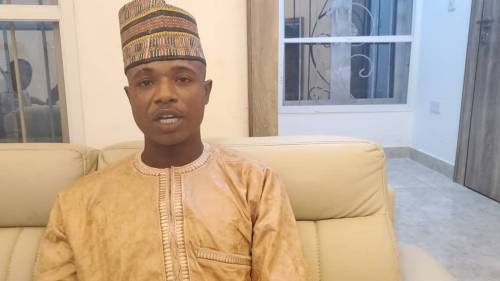 Auwal Daudawa, a notorious bandit in Zamfara State, known as the mastermind of the abduction of over 300 schoolboys from Kankara in Katsina State, has abandoned the Amnesty programme of Governor Ballo Matawalle and returned to the forest to pick up arms.

He had only recently embraced the Amnesty programme and celebrated by the government of Matawalle in Zamfara.

A security source and two other sources close to the bandit confirmed to Daily Trust on Wednesday that Daudawa had relocated to one of the forests close to the border with Katsina.

Daudawa coordinated the mass abduction of the students of Government Secondary School Kankara, on December 12, 2020, the first of such abduction by any criminal group outside Boko Haram in the North-East.

About two months later, Daudawa was paraded before the governor in Gusau, where he proclaimed his decision to be a changed man.

Daudawa and five of his lieutenants surrendered 20 AK 47 rifles, ammunition and a rocket-propelled grenade (RPG) launcher, during the ceremony.

Sources familiar with Daudawa’s latest decision said he and his family and lieutenants had relocated to Jaja forest in the Zurmi Local Government Area on Monday.

“He called one of his contacts in Gusau to inform him that he had arrived at the forest and decided to pick up arms again. He did not inform anybody before he left,” one of the sources said.

Daudawa was said to have been frustrated by the lack of proper engagement after surrendering his arms.

He was and members of his gang who repented were housed in a government chalet for weeks before a house was secured for him in Damba, on the outskirts of Gusau, to move in with his family.

“His upkeep was being shouldered by the government. I don’t know what it was he needed. Perhaps his tall expectations were not met,” a security source in Gusau disclosed.

This is a major setback for the Zamfara State government’s controversial Amnesty programme, which Governor Matawalle had described as the only way to bring peace to the state.

DSS Warns Over Stockpiling Of Bombs, Weaponry By IPOB