Angry Nigerians on Friday morning took to the streets in Abuja to protest against the anti people policies of President Muhammadu Buhari led regime. 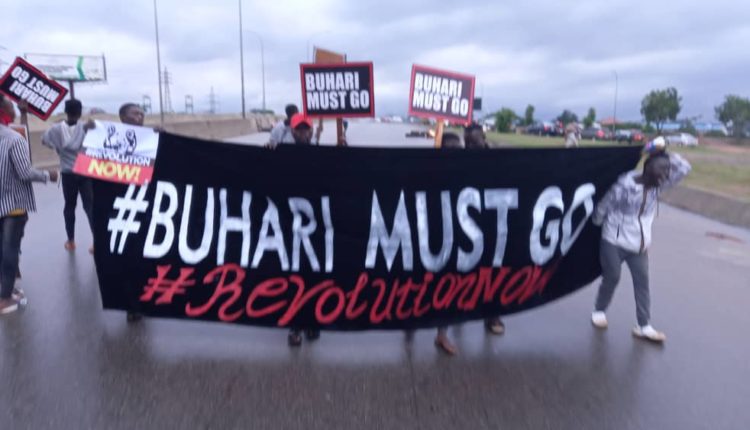 The protesters condemned the increase in the prizes of the staple foods couple with the frightening tale of growing menace of insecurity in the country.

The also called for the resignation of the president over his incompetence which they said  has brought untold hardship and agony on Nigerians.

Meanwhile a detachment of anti riot policemen  have dispersed the with teargas canisters and cleared the road.