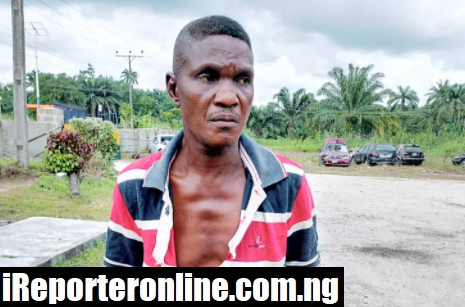 The police in Delta State have arrested a 60-year-old native doctor, Godfrey Akpudje, who was found with two human skulls on him.

A statement released by the acting public relations officer of the command, DSP Bringt Edafe, says on June 24, a 35-year-old man Ejiro Okoro reported that his sister (Name withheld) aged 65yrs who died sometime in 2019 and was buried at Ekpan Ovu,  that the corpse was exhumed by unknown person.

”On the strength of this report, the DPO Isiokolo Division swung into action, and detailed police detectives to investigate. During the course of investigation, information gathered through intelligence revealed that, it was one  Godfrey Akpudje ‘m’ 60yrs who happens to be a native doctor that exhumed the corpse, and removed the skull, he was immediately arrested and two human skulls were recovered from him.”Edafe said

He claimed he got one of the human skull from Osun state from a native doctor who is now late, investigation is ongoing. 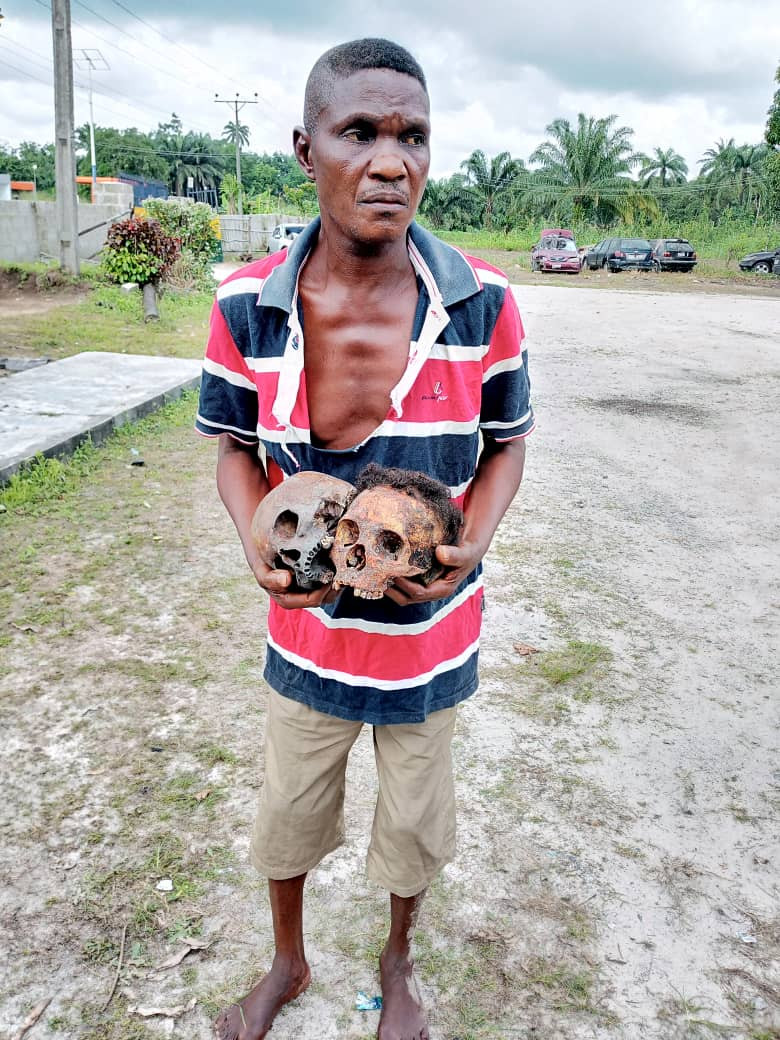 Most Wanted: See Fresh Pictures Of Nnamdi Kanu In Handcuffs That Gets Everyone Talking