In a sudden twist on Monday night, the government of the Republic of Benin said it would file charges against the detained Yoruba nation agitator, Mr Sunday Adeyemo, popularly known as Sunday Igboho. 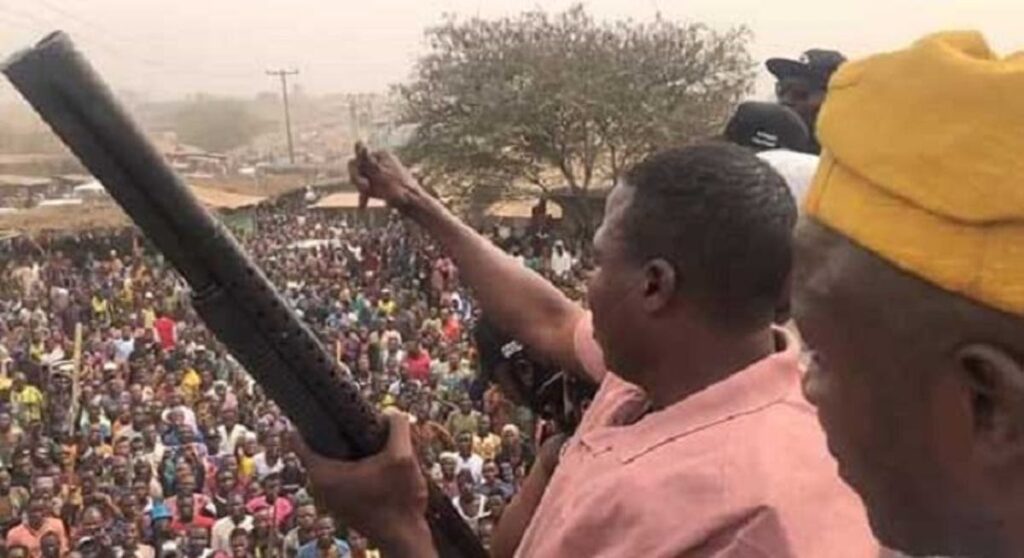 Igboho and his wife, Ropo Adeyemo were arrested penultimate Monday in Cotonou, in their attempt to board a flight to Germany.

The Nigerian government for weeks had been hunting for Igboho, who was popular for defending his people against killer herders and bandits ravaging the country.

The Department of State Service (DSS) had in a midnight raid on Igboho’s residence in Oyo State, arrested some of his allies while others who were said to have resisted invasion of the security agency lost their lives.

Since the incident on July 2, Igboho has been on the run until his arrest in Cotonou last Monday.

Igboho was on two occasions brought before the Court of Appeal in Cotonou, where issues believed to border around his extradition to Nigeria to answer to allegations of stockpiling arms, instigating violence and promoting disunity in Nigeria, amongst others were being heard.

However, after Monday’s proceedings, which started late in the evening and held behind closed doors, the judges ordered his remand in prison custody, pending the conclusion of investigations on how he got into Benin Republic.

According to Ibrahim Salami, one of the Cotonou, Benin Republic-based lawyers of Sunday Igboho, the authorities there were concerned with how Igboho got into their country as well as those who assisted him.

READ ALSO: Drama As Angry Wife Beats Up Husband’s Side Chick After Catching Them [email protected] Down (Video)

“I was shocked when Sunday Igboho was sent to Benin Prison yesterday. When we started this case last week, the Prosecutor told us it was Nigerian Government he had a case with but yesterday, we realised that the Nigerian Government didn’t even file any case against Igboho.

“The case he has, as the Judges told us, is with the Benin Republic Government”, the lawyer said while on a BBC Yoruba programme.

The lawyer explained that the government of Benin Republic claimed Igboho entered their country improperly with the aim of committing a heinous crime against the country.

He added that Igboho was also asked to mention those who accommodated him and drove him to the Airport.

According to him, Igboho in his response maintained that he committed no crime but only ran for his life in Nigeria.

“The Judges weren’t convinced, he said Igboho should be transferred to Prison until all those involved in his activities in Benin Republic are apprehended,” his lawyer said.

Soldiers Shut Businesses Of Traders Who ‘Identified With Nnamdi Kanu’