The Founder and Leader of the Universal Spiritual Outreach popularly known as Ajagurajah Movement, Odeefuɔ Kwabena Asiamah has set tongues wagging with his latest video of him bathing his church members. 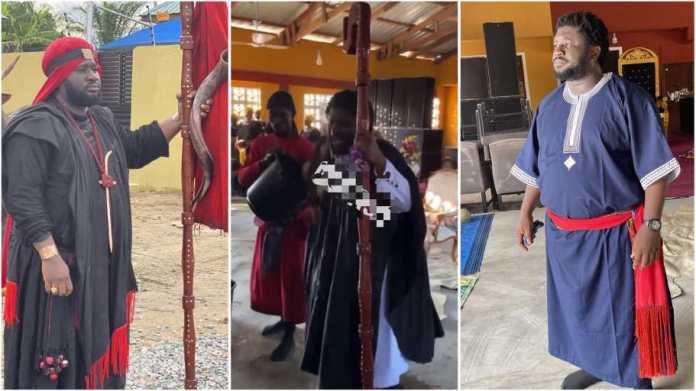 Unlike other prophets who baths their congregants unclad in a secret place, Ajagurajah did this in his church auditorium with the members wearing their clothes.

In the video shared online, the man of God is seen drenching the members in Holy water as they line up one by one for the spiritual bath.

The leader and founder of Universal Spiritual Outreach Church first danced for a while like he was possessed before
pouring water on the congregants.

As you can see from the video attached to this report, the whole auditorium was almost flooded as members take turns to be bathed by Ajagurajah without questioning this insanity.