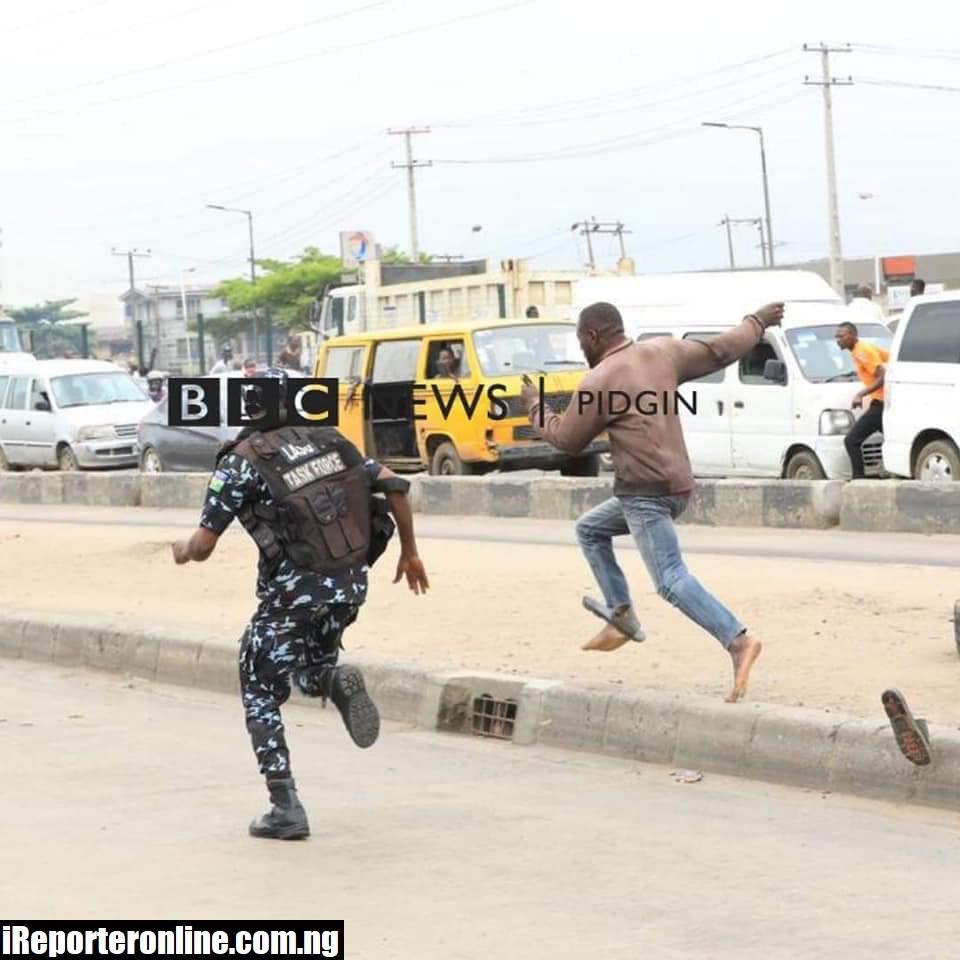 Following the tension that ensued at the Ojota venue of the Yoruba Nation rally, security operatives on Saturday afternoon restored normalcy to the area.

The Nation had previously reported there was tension at the surroundings of Gani Fawehinmi Park, Ojota when the Pro-Yoruba Nation agitators stormed the venue.

The police had earlier sealed off the park, before the 9:00a.m. scheduled starting time for the rally.

Despite the heavy presence of armed policemen and soldiers, the agitators numbering over 100 who besieged the surroundings of the park, chanted solidarity songs, waved ‘Oduduwa nation’ flags and banners.

The agitators expressed their displeasure over the activities of killer herders in southwest. They also displayed placards like “Yoruba Nation Now”, “Oduduwa Nation now, No going back”.

They also demanded an independent state for the southwest region.

The police shot in the air used water cannons, and also fired tear gas canisters in an attempt to disperse the protesters.

The police action came shortly after the Lagos Commissioner of Police Hakeem Odumosu addressed journalists at the park saying the security operatives were there to ensure there was no “security breach” in the state.

He said the Yoruba nation letter about the protest received by the command was “open-ended.”

“We are not saying you should not protests, we want you to send a detailed letter to the police stating the number and identities of the protesters. Also, the location should be in the letter,” he said.