A socio-cultural group, the Great Benin Descendants worldwide (GBD), has explained why the Federal Government and Edo State Government have no right to receive the stolen Benin artifacts. 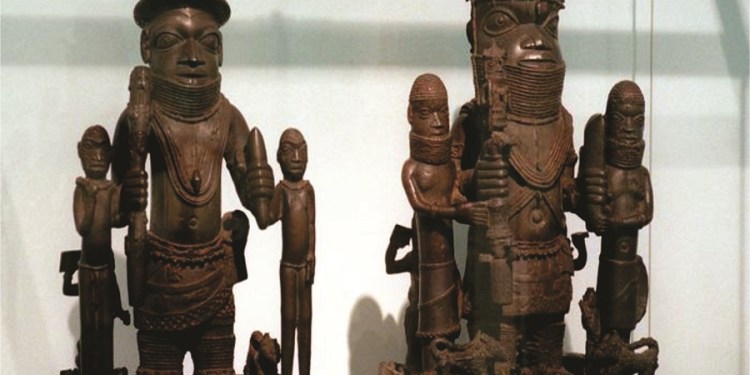 Coordinator of the group, Imasuen Amowie Izoduwa stated this on Saturday in Benin, while explaining the group’s position on the stolen artifacts and other sundry issues as they relate to the history of Benin Kingdom.

He noted that the Federal Government could not lay claim to the artifacts because they were taken away from the Benin in the 17th century before the amalgamation of the country in 1914.

He further pointed out that whatever laws being quoted by the Federal Government with the intention of laying claim to the artifacts is not binding.

“Some of us are well vast, schooled in our history. So we know that all those artifacts were stolen not from Nigeria, not from Edo State, but were stolen from the Benin Kingdom.

“They were stolen 17 years later before a geographical location called Nigeria was formed.

“So, the Oba of Benin is the custodian of the traditions and the heritage of the Edo people.

“The voice of Edo people is very clear basically, not based on sentiments,” he said.

While admitting that the Oba of Benin needs the support of the State Government to build a world-class museum to house the yet to be repatriated artifacts, the Federal and the State Governments must first acknowledge that the items are properties of the Benin Monarch, from whose palace they were carted away.

The group, therefore, appealed to the Federal Government not to yield to any pressure from anyone to hand over the yet to be repatriated Benin artifacts to the Edo State Government for safe keeping.

“On no account we will allow the Edo State Government be handed over those artifacts.

“What we are saying is that, first, there supposed to be a dialogue on what the collaboration between any of these whether federal or state government, first, the palace of the Benin Kingdom has to be acknowledged.

“Obviously, the palace will need the State Government to build a world-class museum, no doubt about that, but one thing that we first of all agree, is that the palace owns those artifacts and after that is done, there can now be a round table discussion between the owner and the State Government on how they can build museum and make it economically viable for the entire good of Edo people.

“So, the collaboration is after the property must have been handed over to the owner (Oba of Benin). That is our stand as a group,” the group said.