Hard Talk: Why The Opposition May Never Learn With Cooking Up Stories On Tinubu’s Health By Osigwe Omo-Ikirodah

“The person who suffers from envy in his life is tortured by it, and will always be in sorrow every time he sees the blessings of God upon the envied one.”

I have consistently watched mainly the opposition concoct all sorts of stories about the health of Asiwaju Bola Ahmed Tinubu with mixed feelings. 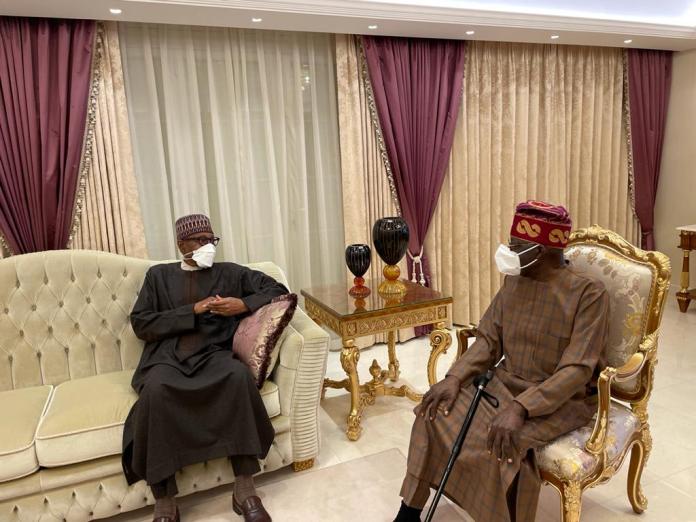 Mixed feelings in the sense that people at times never learn from history, politics is about a game of numbers and in this contest so many factors contribute to this game of numbers including sympathy votes and popularity.

It is unfortunate that the opposition is making a great deal of Tinubu where they ought not to, I would be at liberty to speak the way I want and in some harsh languages as well because I am not BANKROLLED by anybody.

It is unfortunate that the opposition has made Tinubu the only subject of discussion today in Nigeria, Tinubu’s name is not only on every lip but it seems the presidential race has been restricted to only the acceptance of Tinubu. How funny can the opposition be?

Unfortunately, I would break the barrier of the temptation of not keeping this to myself by exposing the foolishness in the opposition of making Tinubu a demi-god.

This is why I would keep writing daily on political and national issues so the wise who comprehend my worth can engage my services as a political consultant irrespective of their political affiliation.

I would break this down to the language everybody can understand, failure to understand can only mean say u be “SUEGBE” apologies to Fela Anikulapo Kuti, “Olodo”.

The 1999 Presidential elections that saw the victory of Obasanjo was a “Military” contraption and was manipulated to suit their own. 2003, 2007 were not much of a difference till we witnessed the 2015 presidential elections where an incumbent was dethroned, that alone proved the efficacy of the transparency of the election.

How did Buhari achieve this? With a history of consistently having millions of voters credited to his personage, he was able to pull through with the combined joint forces from the South West.

Buhari became so popular just simply because so many mysterious stories were flying about him that every Nigeria wanted to know who Buhari was.

Don’t forget he was disgraced out of power as a military head of state. How come he became so popular years later? Simple and short as the years rolled by Nigerians started limiting the presidential choice to Buhari.

Now Buhari is bowing out in 2023 and there must be a successor, but the problem is who is as popular as Buhari like he was in 2015?

With the current trend of the social media age, I can beat my chest and tell you that Tinubu would surpass that feat in a few months time and this is why.

Today everyone is arguing as if the presidential election is designed for only Tinubu, and the opposition who are not helping matters feel that the only way to stop the popularity of Tinubu is by spreading false health stories on the Jagaban, but at whose detriment?

I can confidently tell you that Buhari’s visit to Tinubu in London was to dispel the latest death rumour of the Jagaban which happens to be the fifth of such rumours this year alone.

Now looking at those photos with Buhari we can see that Tinubu has added so much weight which goes further to confirm the conspiracy theory of the Jagaban taking a vacation to prepare for the great battle ahead.

The implications of the constant reference to Tinubu’s health without promoting their choice candidate is political “harakiri” by the opposition. Refer to “The Boy Who Cried Wolf.”, if you cannot easily comprehend simple languages.

You see by January next year whoever is coming out for the presidency would start jumping upadan and then if we happen to see Tinubu jumping upadan from state to state it would put a big perforation to their dirty health game.

Let me take you back to the 2019 presidential elections which I was an aspirant, we laughed at Buhari that he was frail and could not stand the rigours of a presidential campaign, I recall writing articles on how Buhari would not be able to tour even 8 States, but alas the old General toured the 36 states of the federation and some even twice because of the zonal campaigns and other exigencies.

When Buhari’s fans saw the good health of their candidate they became more energized and in turn, the general public disregarded such idle talks.

How long are they going to hold on to a health saga when the campaign elections start? Abi is Tinubu going to be campaigning only from his Bourdillon residence?

Even Ayefele(with all due respect) moves around for shows so what excuse would Tinubu give for not touring the 36 states for his own presidential campaign?

Go to the little kids on the street and they will tell you that they have heard of the name Tinubu, I wonder if the name Tinubu is not even more popular than PDP. From the look of things, Tinubu is mopping those huge amounts of scary cultlike voters as Buhari did in 2015 and all the opposition can do is cook up stories of Tinubu falling sick or dead.

Are you aware that by February 2022 which is just about 5 months away reality would have dwelled on Nigerians that with less than 12 months to the presidential elections all the political contestants we have are above 60 years?

By February next year, the issue of youths coming up and this idle age talks would be stale because by then we all must have known the likely contestants which none falls to this utopia category.

How would the opposition make up for the loss of grounds by spreading stale news of Tinubu’s health? By then it would be a catalyst for the Jagaban supporters to gain an edge over their advesariers.

Every second many groups are springing up elbowing to promote Tinubu for free and the opposition is still at home hoping that Tinubu would fall ill and die, have they forgotten that Tinubu knows their plans and would act accordingly? Since they are the givers of life they should pray for their presidential candidate to live up to 100 years maybe then he can become the president.

Maybe the opposition thinks if Tinubu decides not to contest the presidential elections he would commit suicide, is it not political power they are seeking for?

Why is Tinubu their headache when they should be moving about and selling their products?

How does Tinubu’s withdrawal from the presidential race for instance help their course?

Would they decamp to APC if Tinubu refuses to contest?

We are in August and gradually stepping into the EMBER months and very soon 2022 would be with us here and the elections would be referred to as na next year O. The opposition should do the needful and concentrate on their party mechanism to win the elections and stop hoping that Tinubu would not be the APC candidate.

I would conclude this by quoting my friend, “Na who no wise siddon for him house dey chat when others dey strategize”

Don’t you know that people who cannot stand other people’s success, never experience their own?

Osigwe Omo-Ikirodah is the principal of Bush Radio Academy.

VIDEO: Armed Taliban fighters enjoying themselves in amusement after taking over Afghanistan

Revealed: How To Use And Minimize High Cost On Prepaid Electricity Meter