The All Progressives Congress (APC) has agreed on a zoning formula that will swap offices held between north and south in the last eight years.

This emerged following a meeting between President Muhammadu Buhari and governors elected under the APC at the presidential, Abuja on Tuesday.

Speaking while responding to questions by State House Correspondents on the outcome of the meeting, Governor Nasir el-Rufai, of Kaduna state, explained that by the arrangement, all offices that were occupied by northerners in the last eight years, will go to the south and vice versa under the new arrangement.

According to El-Rufai, the agreement had been reached on the zoning formula.

In his words: “We have agreed to a zoning formula for all the six geo-political zones. Essentially, northern zone will have the positions the south have had in the last eight years. And vice versa.

“It is a very simple, equitable and fair formula.

“We will now go back and consult at the zonal level and look at the positions that are available and the process of the convention preparation we started in earnest.

“So, by the grace of God, on the 26th of March, we would have done our national convention.”

Also at the meeting were Vice President Yemi Osinbajo; Secretary to Government of the Federation (SGF), Boss Mustapha and the Chief of Staff to the President, Prof. Ibrahim Gambari.

Nineteen of the governors attended the meeting which took place at the Council Chambers. 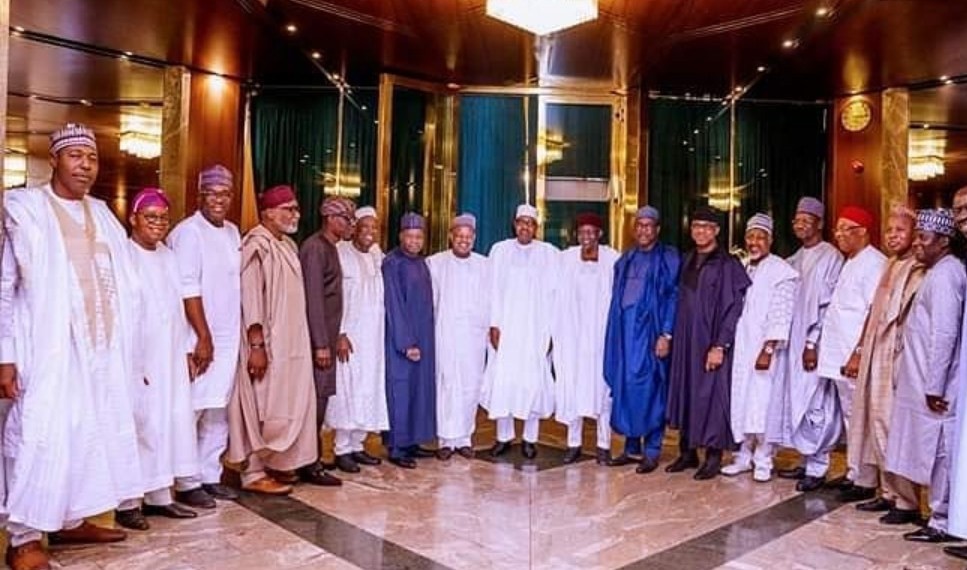 The outgoing deputy governor of Anambra state who recently defected to the ruling party was also in attendance.

Exclusive: See The Zoning List Of APC As North Central Gets National Chairman