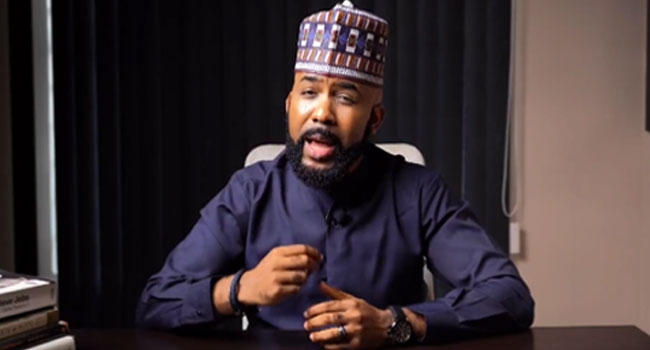 Controversies have continued to trail his declaration for the House of Reps seat representing Etin-Osa Federal constituency in the National Assembly under the Peoples Democratic Party, PDP. 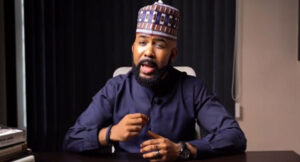 Nigerians are questioning the rationale behind Banky W coming out under the platform of the PDP when in the recent past he has been a staunch antagonist of the Party.

On April 1st, Banky W took to his Twitter handle to announce that he would be aspiring to represent the good people of Etin-Osa Federal constituency in the National Assembly.

The announcement received heavy backlash from fans of the former songwriter on his choice of the PDP as the platform to actualize his ambitions.

A fan of Banky W, Mr Chuks says he was disappointed that the former musical artist could not stick to his said principles which he had always stated in any given opportunity how the APC and the PDP are the root causes of the problems faced by the Nation.

He recalled how in a recent interview with PUNCH.ng Banky W was quoted saying  “The battle in Nigeria is not between APC and PDP, it’s between the political class and everybody else because APC and PDP tend to be the same.

Their members are just jumping back and forth, and the parties don’t have ideologies per se, they are just platforms that people use to leapfrog into power.”

Wondering what has changed since when he granted the interview late last year and now,  the fan challenged Banky W to come out to the public and explain when his own ideologies changed to blend with the ideologies of the PDP which he always condemned as a party of waste.

Another fan challenged Banky W to explain what value he added to his former party the Modern Democratic Party, MDP which he dumped for the PDP.

“Banky W is a disappointment to all the youths he claims to represent, here was a man that was brought to the political limelight by Modern Democratic Party, a political party founded in 2017 by a consortium of youth associations that pushed for the #NotTooYoungToRun bill.

They sponsored him and campaigned vigorously for him, he should come out and tell us the value he added to the party, this is a man that has failed in everything he puts his hands on, no wonder he could not manage his record label immediately after the exit of Whizkid.

A man that always preached that the PDP has no ideology is now rushing to join the PDP, he is lucky I am not a PDP member we could have pushed him out the same way he decided to announce his ambition on April Fools day via his Twitter handle, what a huge joke.”

Perhaps the worse of the attacks came from his fellow celebrities on Instagram, “Anywhere breeze blow, you dey there. Today pastor, tomorrow artist, next tomorrow politician. ….Abeg we need real politicians, this is not a popularity contest, we are serious about our country Nigeria, …..” go to Instablog Naija for this full statement.

Meanwhile, PDP members are desperately kicking against his intrusion into the party, according to them Olubankole Wellington has never invested in the party anyway, they claim that such a personality like Banky W should have what he brings to the table but it is obvious his intent is to gain social media attention and rip off from the party.

” Does Banky W have what it takes to defeat the APC? Someone that has never stood for the party in any way just took to his social media page to announce his membership of the PDP and as if to add insult to injury he is telling the populace he wants to contest for the House of Reps.

This is not a contest for modelling or seeking musical talents to perform at musical concerts, this is about people with bright ideas that can bring the required paradigm shift from the kind of watery representation we currently have at Etin-Osa Federal Constituency.

When did he join our party and what value does he bring on board? As a musical icon, how has he used his voice to speak against the lackadaisical performance of the APC?

Our party’s ticket is for people that are determined to bring the required changes and not mediocre who are seeking cheap popularity to reawaken their dead entertainment careers.”

The fight for Etin-Osa Federal constituency would be a tough battle ahead as the current  Reps Member, Hon Ibrahim Babajide Obanikoro of the APC is equally eyeing a second shot at the seat.

With growing pressure from PDP stakeholders to field only credible and dedicated party members to wrestle power from the APC, Banky W’s ambition under the PDP may just be a tall order, however, the coming days would give us a clearer picture.

2023: Pastor Adeboye Finally Opens Up If There’ll Be An Election