The Director-General of the World Trade Organisation (WTO), Dr Ngozi Okonjo-Iweal, has refuted reports that she is planning to run for President in 2023. 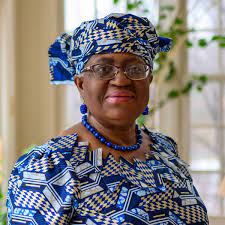 In a statement on Wednesday, the former Nigerian Minister of Finance stated that she is not interested in contesting in the 2023 presidential election.

She described the speculations as fake, baseless, and utterly ridiculous, adding that she is only focused on leading the WTO to greater heights.

She said: “I just got here. I am enjoying what I’m doing. It is a very exciting job and I am trying to have some successes here.”

The WTO boss, however, denied commenting on speculation that she is contemplating resigning from her position.

According to Bloomberg, five trade officials said that Okonjo-Iweala has fully grasped the frustrating reality of the organization.

The officials said that Okonjok-Iweala has repeatedly told ambassadors and staff that she could easily resign and reminds them she hasn’t bought any furniture for her temporary home in Geneva.