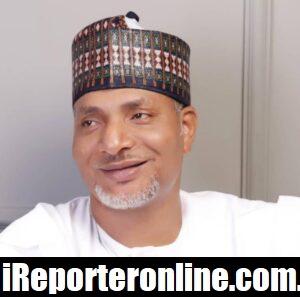 Political parties have kick-started their internal party organisation ahead of the 2023 general elections.

The All Progressive Congress, APC which happens to be the ruling party is not leaving any stone unturned in making sure its party executives emerge through an acceptable and credible process.

The ward and local government congress have been concluded already across the 36 states of the federation with the state congress holding in October.

It is expected that who finally becomes the national chairman of the party would be bestowed with the honour of leading the party into the 2023 general elections.

The bulk of party members are eager and interested in who ends up as their next national chairman and have expressed their desire to work with leaders who are confident and yet humble, according to them dealing with confident leaders helps assure them of their competency.

At the last count over 11 formidable party chieftains have signified interest in occupying the seat.

What are party members saying about the capacity of a frontline aspirant, Mallam Saliu Mustapha and his chances of emerging as the next national chairman of the APC?

What is expected of Mallam Saliu Mustapha and his ability to lead the APC?

“We expect the APC to produce a chairman who is confident, tactical and diplomatic. The APC has the requisite capacity to turn the fortunes of the country around and its leadership would play a major role in meeting the yearnings of the common man.

Saliu Mustapha is confident and not arrogant, his openness and transparency are core values that would inspire and enable party members to do their best together as a party in actualizing its goals”- Issac Henshaw, APC Chieftain Calabar.

“What fascinates me about Mallam Saliu Mustapha is his genuine interest in impacting the ideologies of its founding leaders, he is focused and goal-oriented, No doubt his leadership experience would be able to unite the party together for the betterment of the masses. If we as a party must get it right, then Saliu Mustapha should be our ideal National Chairman” Ikechukwu Chima, Rivers State APC Chieftain.

He is a great leader. A leader that has vision, courage, and who leads by example, A leader who believes that leadership is the ability to justify leadership and not the expectation of followers to justify loyalty.

Mallam Mustapha believes that leadership is not a source of amassing wealth, pomposity, or self-complacency but a trust for which a leader is accountable to both the people and God. This is what makes his house and office a beehive of activities, accessible to all and sundry.

These sterling qualities are what endeared him to the people and also make him outstanding in whatever political position he finds himself in”- C.W.O. Ondo State.

“No doubt Mallam Saliu Mustapha is our next national chairman, his capacity has never been in doubt, we only hope that delegates would see reasons to elect a proactive chairman who has clarity of purpose and commitment to the party. His chairmanship would birth a new beginning for the party and we are confident that Mallam would emerge victoriously”- Idris Raji, APC party chieftain. Kogi.

Mallam Saliu Mustapha’s aspiration for national chairman has been the cynosure of all eyes as the biggest party in Africa prepares for its national congress which no doubt would be the most significant political event of the year 2021.

2023: Okonjo-Iweala Speaks On Contesting For Presidency