The General Overseer of the Redeemed Christian Church of God, RCCG, Pastor E.A Adeboye has opened up on a chat he had with his former schoolmate after he learnt that Nigeria was owing N55 trillion. 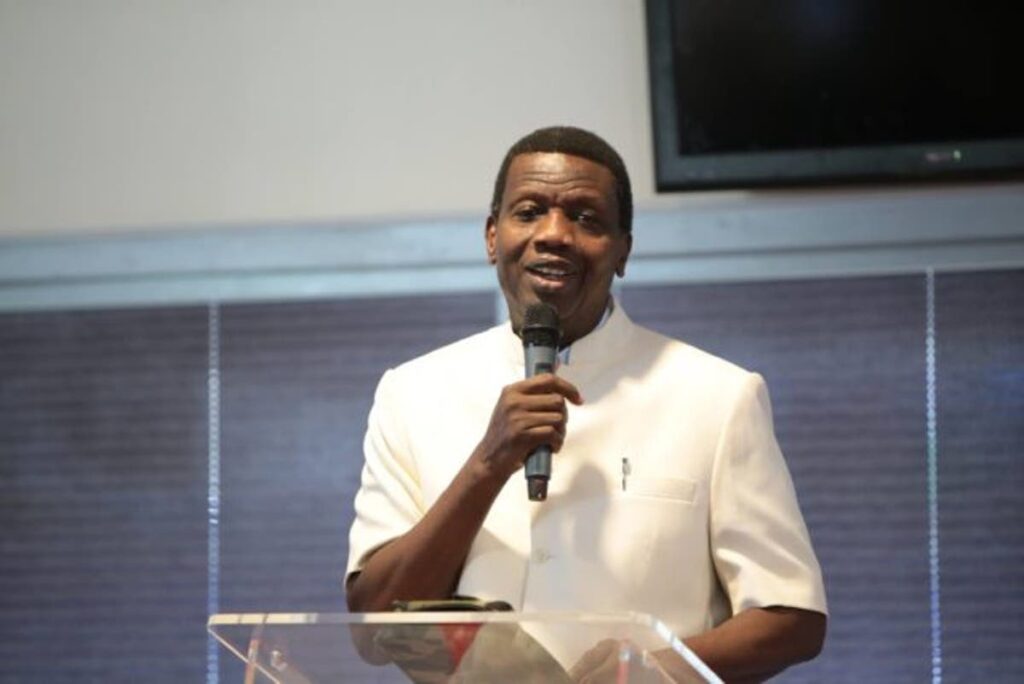 Speaking on Sunday, September 26, 2021 during his sermon at an interdenominational church service which held to mark Nigeria’s 61st independence anniversary and the 45th anniversary of the Christian Association of Nigeria in Abuja.

Adeboye said: “I have a friend that we schooled about the same time and we were also born at about the same time. He is always optimistic about everything. When we heard that Nigeria was owing N55tn, he said ‘praise the lord’, and when I looked at him with a question on my face, he quickly said those who are praying for ‘one Nigeria’ are many and that the creditors know that if the country does not survive, they won’t be able to get their money back.

“When we later heard that the interest Nigeria has to pay on debt is 98 per cent of our total income and that even the Senate has approved that we should borrow more, he said ‘glory be to God’.

“I said how would you say glory be to God? He said ‘when what you owe is more than what you can pay, the creditors have a choice. It is either they forgive you your debts or you go ahead and declare bankruptcy. They get angry and then they come and seize the most valuable thing you have.’

“He said that the most precious thing the debtors can seize in this country is the Aso Rock. When I said, what is there to thank God for in that? He said ‘have you not been listening to the news that the President said he would love to visit Daura every two weeks?

“So, he told me that if they seize Aso Rock, his (Buhari’s) request would be granted, he won’t have to be visiting Daura every two weeks. He would just move the seat of power to Daura, his home town.”

Adeboye, however, urged the public to always thank God despite the challenges in the country, while adding that all would be well.

Recently, Nigerians have been raising alarm over the country’s debt especially as President Muhammadu Buhari seeks Senate approval for new loans of $4.054bn and €710million as well as grant components of $125m for 15 proposed projects.

JUST IN: Many Feared killed, Houses Burnt As Crisis Return To Southern Kaduna