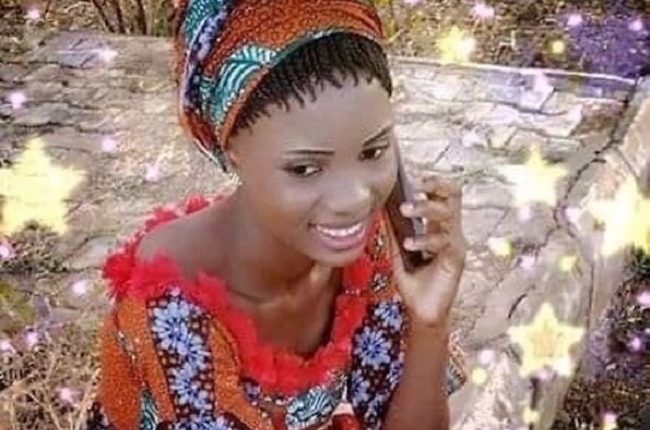 Pan- Yoruba socio-political group, Afenifere, has condemned in very strong terms, the killing of a female student of Shehu Shagari College of Education, Sokoto, Ms Deborah Nelson, by her school colleagues for alleged blasphemy, describing the incident as unprovoked and unwarranted and barbaric.

Deborah Nelson, a Level Two student, according to report, was dragged out of the college’s security post where she was hiding from her assailants, stoned to death and her copse then set on fire in a very barbaric manner.

Police Command spokesman, ASP Sanusi Abubakar, also confirmed the report, saying that enraged students “forcefully removed the victim (Deborah Samuel) from the security room where she was hidden by the school authorities, killed her and burnt the building.”

Reports had indicated that the late student had cautioned those who posted what she considered as “useless information” on a Whatsapp Group platform created basically to share information about their studies as she was said to have asked the sender, in a voice note shared by her fellow students, to send important information, pointing out that “this group was not created for you to send useless information.”

Afenifere, in a statement issued by its National Publicity Secretary, Comrade Jare Ajayi, stated that the above reports indicated that the victim did nothing wrong in reminding her colleagues that the Whatsapp platform was meant for information like “past questions if there is a test or an assignment.”

The pan- Yoruba group posited that this, ordinarily should be taken as a welcome reminder for those who were truly in school to learn, adding: “It was said that her voice note ended with a phrase ‘Which prophet?’

“Ordinarily, this should be taken as a welcome reminder for those who are truly in school to learn.
It was said that her voice note ended with a phrase ‘Which prophet?’ – a phrase which putatively set in a motion a chain of reaction that led to her death, the burning down of the building in which she was hiding, opprobrium on the school, another tar on religion extremists and a bad name for Nigeria!

“It is worthy of note that no name of any prophet was in her voice note. But by being a Christian in a presumably Muslim-dominated environment, it was assumed that the phrase was referring to Prophet Muhammed (s.a.w).

“Placed within the context, her reminder of what the platform was meant for should earn her praise rather than an attack that even cost her her life in a most dastardly and animalistic manner. This goes to show the kind of youth being bred now and the kind of education youths in many of our educational institutions are imbibing these days,” Afenifere stated.

“Assuming, without conceding that she actually blasphemed the Prophet (which we are not endorsing), terminating her life was certainly not the merited sanction.

“The Holy Quran Chapter 5 verse 151 clearly forbids the taken of another person’s life unless proper legal processes have been followed. On the proposition that Deborah was killed by being a Christian, the same Quran in Chapter 2 verse 256, clearly states that nobody should be forced to embrace the religion, Islam (or any other religion for that matter.

“Specifically, it states: ‘There is no compulsion in religion, the right direction is clearly distinguished from the wrong’ in recognition of the fact that Faith is a personal issue between the individual and his or her creator.

“And that, in any case, it is the Almighty God who really knows and determines those who are worshipping Him truthfully, as the Quran, Bible and African Traditional Beliefs clearly attest,” the group added.

Speaking further, Afenifere stated: “The Bible in the following chapters and verses is unambiguous in forbidden murder: Exodus 20:13 ‘You shall not murder.’ Exodus 21:12 ‘Anyone who strikes a person with a fatal blow is to be put to death.

“While Leviticus in 24:17-22 asserts that ‘whoever kills another person must be put to death.’ It is, therefore, a highly disturbing thing that ‘students’ who profess either of the major faiths could act in a manner that was clearly against what the scriptures enjoin.”

Afenifere recalled that actions bordering on religion intolerance had been occurring so much particularly in the North, noting sadly that the failure of the state to take drastic actions against the perpetrators of such act was what was making it to happen often and again.

It, therefore, tasked the authorities in the country to use the “Deborah Tragedy” as a cue to put a permanent stop to faith-induced murder in Nigeria, even as it applauded Sokoto State governor, Hon. Aminu Tambuwal “for terminating his meeting in Abuja and rushed to Sokoto over the incident.”

“The organisation commended this example to President Muhammadu Buhari in the handling of matters that have the air of national disaster – many of which have happened and are still happening in our country, unfortunately.

“Among those that can be cited were the Abuja-Kaduna rail attack, ambush of soldiers in different parts of the North as well as the sacking of communities, particularly in the North and the South-East,” Afenifere demanded.

The group, however, called on the authorities to go beyond platitudes by ensuring that all the perpetrators of the evil act in the Sokoto saga were brought to book, saying they should also “take measures to prevent a re-occurrence of such incidents in our midst.”

This was just as the pan- Yoruba group also advised parents, guardians, religious and community leaders to let it be known that no one can “fight for God” in such a bestial manner.

“The best one could do is to preach, evangelise and spread the gospel and not to coerce or kill for the purpose of forcing others to embrace one’s own religion.”