Aggrieved APC members have sued Governor Mai Mala Buni of Yobe and two others to overturn Governor Bello Matawalle’s appointment as the party leader in Zamfara. 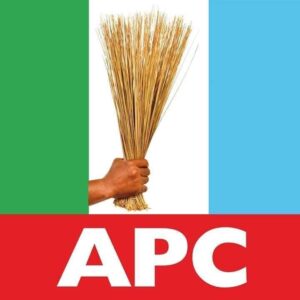 In an originating summons seen by Peoples Gazette on Monday, the party members argued that Mr Buni lacked the power to singlehandedly dissolve a duly appointed state working committee before the expiration of their four-year tenure.

Last June, the Yobe governor (the party’s national Extraordinary Convention Planning Committee chairman) declared Mr Matawalle APC leader in Zamfara following his defection to the party and dissolved the state’s caretaker committee. He explained that the Zamfara governor’s appointment was in line with the APC constitution.

Disagreeing with him, the party members asked the court to nullify the appointment, stating that the development violates Articles (III), (VI), and (VII) of the APC constitution.

The aggrieved party members also prayed the court to mandate INEC to deal directly with the dissolved state’s working committee pending the conduct of the party’s national congress.

The tussle over who leads APC in Zamfara has been an issue since Mr Matawalle defected to the party and was declared leader of the party over former governor Abdulaziz Yari and Kabir Marafa.

Messrs Yari and Marafa said they had met with six governors from the APC to discuss the conditions upon which Mr Matawalle would be accepted as a party member.

“It is one thing we do not agree with, where Governor Mai Mala said (Matawalle is the leader of the APC) because he is not in our discussions with six governors.

“What we agreed on was to go and launch Bello first and return to negotiate,” the party leaders during an interview with BBC Hausa said.

The originating summons has Mr Buni as the first defendant, APC as the second defendant, and INEC as the third defendant.