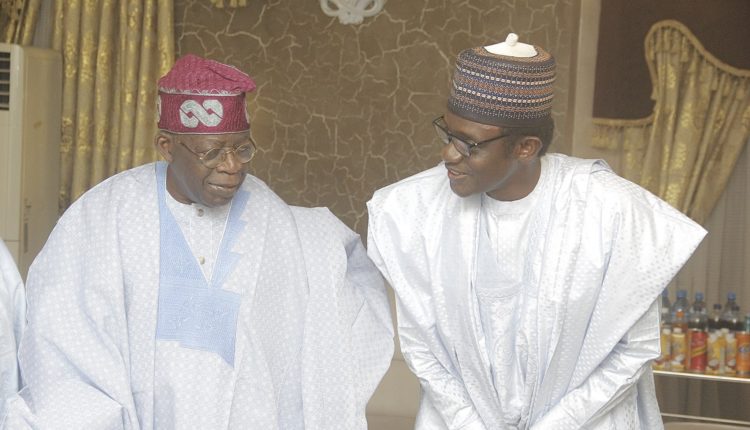 A strong lobby group keen on having younger elements in party leadership has emerged within the ranks of the All Progressives Congress, APC, Daily Independent has learnt.

The group, while canvassing a generational shift have reportedly sent representations to national party leaders, like Bola Ahmed Tinubu and Mai Mala Buni, caretaker chairman of the ruling party, asking that the choice of who becomes APC’s National Chairman, should reflect generational shift.

Only by so doing can APC do better than the People’s Democratic Party, PDP, in their last outing at the party’s convention, the a group said, the group argued.

Insiders in party also claim that this development may be a fallout of the recent realignment in the party which has allotted positions to the defferent legacy parties and tendencies that coalisced to form the APC.

Read Also JUST IN: Fresh Crisis Brewing In APC As Chairman Gets Suspended

On said realignment, the party stakeholders are believed to have agreed in principle to allow Action Congress of Nigeria (ACN) to get the party ticket for the presidency.

On the other hand, the Congress for Progressives Change, the CPC, the party that produced President Muhammadu Buhari as the APC presidential candidate in 2015 may have settled for the national chairman of the party anytime the national convention takes place in February.

The APC as a political party was formed by a coalition of the Action Congress of Nigeria (ACN) led by the former governor of Lagos State, Bola Tinubu, the Congress of Progressives Change (CPC) led by President Mohammadu Buhari, the New Peoples Democratic Party (NPDP), a faction of the PDP led by the defecting governors of Sokoto state, Aminu Waziri Tambueal. Chibuike Amaechi and Bukola Saraki, and the All Nigeria Peoples Party (ANPP)

So far, the CPC has taken the Presidency with President Buhari, the ACN produced the vice president in the person of Prof Yemi Osinbajo, while the ANPP produced the Senate President with Ahmad Lawan

In the run off to the 2023 political calculation, a source who spoke Daily Independent but asked not to be mentioned in name, said that though there is no official zoning of the offices of the party for the national convention, but explained that the CPC will certainly produce the national chairman.

This agreement in principle is believed to have spurred political movements such as APG into lobbying mode.

At an earlier press conference addressed by the group, it stated that it was time for the APC to organise itself better than the PDP, starting first with the choice of the leaders that will pilot the affairs of the party for the next four years.

The group also reiterated its earlier call for a generational shift in the choice of the party’s national chairmanship candidate.

In a statement through its National Coordinator, Ambassador Alfred Chukwuma, the APG appealed to President Muhammadu Buhari, Asiwaju Bola Ahmed Tinubu, Gov. Mai Mala-Buni and a host of other top stakeholders of the party to ensure that the party put its best foot forward in the choice of the leadership hierarchy of the party.

According to the group leader,  “We request for leaders with a clean bill, without any baggage that the opposition could feast on. We request for competent leaders who are a complete departure from the past, more like a breathe of fresh air, and most preferably a young but efficient person.”

“We request for leaders that can approach the issues bedeviling the party differently. Leaders who are evidently grounded in party administration, and have shown absolute loyalty to progressive ideals over the years.”

The APG said that anything short of these parameters would not be acceptable to the overwhelming majority of the party members across the country.