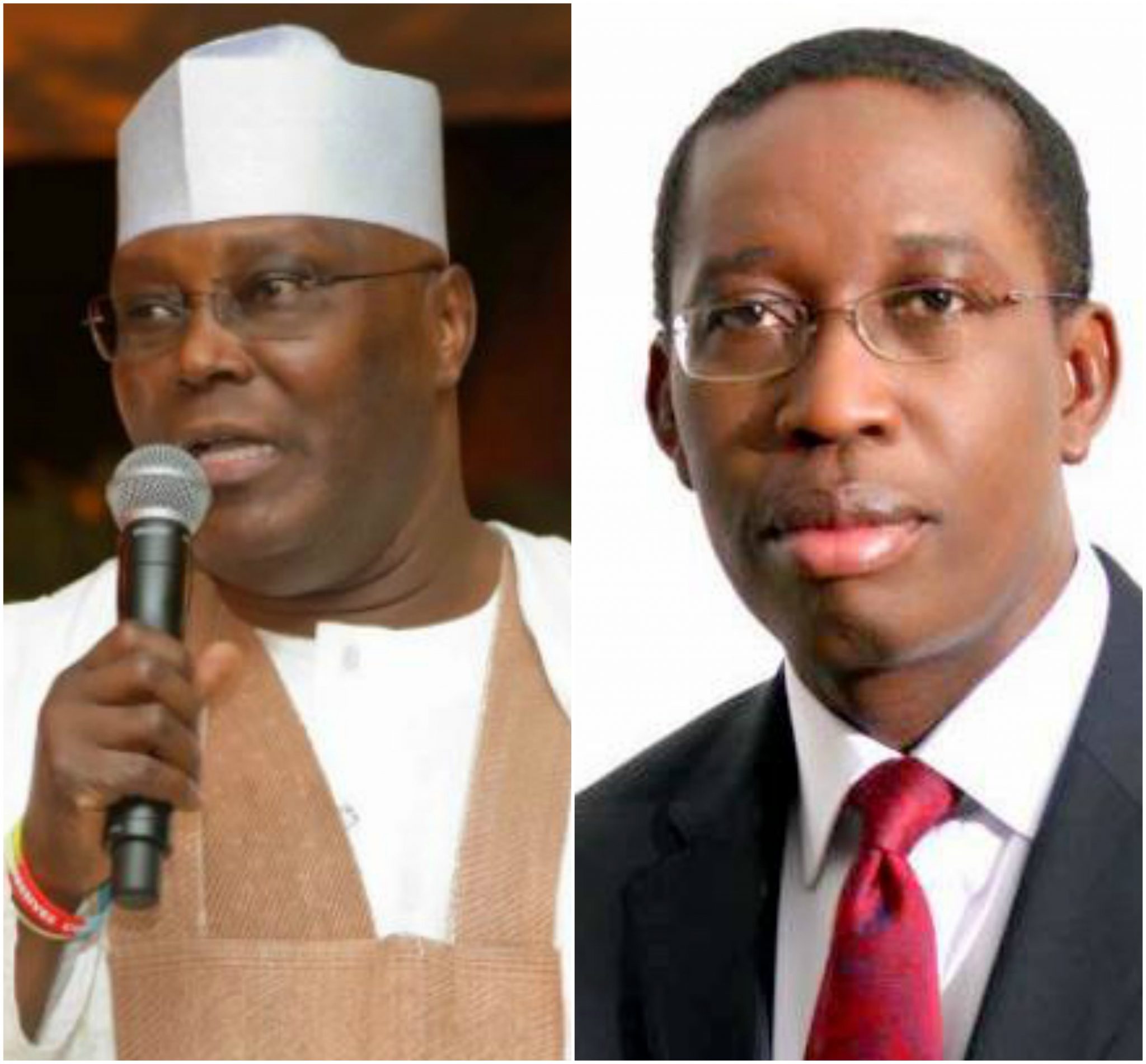 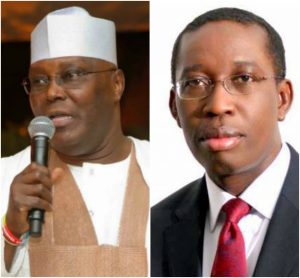 Former Nigeria’s Vice President and Presidential candidate of the People’s Democratic Party (PDP), Atiku Abubakar on Monday led chieftains of the party to receive decampees of the All Progressives Congress (APC) in Adamawa State into the party.

Receiving the new members into the party at the Ribadu Square in Yola, Ayu said that the rate of decampment from the APC to the PDP is increasing by the day and an indication that the opposition party is waxing stronger.

He said: “It is clear everywhere that the PDP is back. Today, we are here to take in new members to the PDP. Very soon, this venue shall be hosting the President of Nigeria who is your very own son.

“I welcome the new entrants to our party and I, therefore, hand them over to Governor Fintiri. I urge the governor to continue with his good work in making Adamawa better than he met it.”

Atiku, in a statement by his media aide, Paul Ibe, who was greeted with euphoria by the crowd at the venue, also welcomed the decamped new members of the party, promising that he would work with them.

He said: “I have been serving the people since I joined politics 30 years ago and that is my promise to you all today. I believe that Governor Fintiri has done a good job and that we should join hands to make sure he wins his second term election.”

Speaking on behalf of the supporters and over 160,000 decampees in various electoral wards across the state, according to the statement, Hon. Shuaibu Babbbas, a member of the Adamawa State House of Assembly from the Fufore Gurin constituency affirmed their loyalty and commitment to the PDP in its quest to oust the APC and fix the broken state of the country’s socio-economic and political fabrics.

Meanwhile, Ayu has cleared the air over his alleged resignation letter sent to the former President of the Senate, David Mark.

It could be recalled that there have been calls from different quarters for Ayu to resign, following the battle of interest between Atiku and the governor of Rivers state, Nyesom Wike.

While some stakeholders have been calling for his resignation, one of the demands from Wike’s camp for peace to reign in the party was the resignation of Ayu.

It was, however, reported in some dallies that the crisis in the party made Ayu send his resignation through David Mark.

Following the purported resignation, David Mark has denied such development, Ayu, in a statement by his Special Adviser on Media & Communication, Simon Imobo-Tswam, said that the report is not true.

Ayu in a statement said, “We state, with all emphasis, that this story is, in its entirety, false, baseless, reckless, inaccurate, and a complete work of fiction. If there is such a resignation, it exists only in the imagination of those who have made themselves available for hatchet jobs.

“If Dr Ayu had resigned, he would give his resignation letter to the Deputy Chairman (North); not Sen. Mark. Section 45 (i and ii) of the party’s constitution is clear on this.

“So, where does Distinguished Sen. David Mark come in here, being that he is not even a member of the party’s National Working Committee (NWC)? It appears that those who have been procured to blackmail the national chairman out of office are not even aware of what the party’s constitution says about the matter.

“We are shocked that such reckless, vicious, mischievous and fabricated falsehood can find prime space in the mainstream media.

“But even more shocking is the fact that otherwise, respected media houses have made themselves easy platforms for unscrupulous people to peddle falsehood and run smear campaigns, once the fee is right.

“But the fact remains that those who have been procured to write falsehood against the national chairman and those sponsoring same are investing in expensive illusions.”

The statement further said: “The national chairman is on a crucial assignment: to lead the PDP on a historic rescue mission, Come February 2023. And he will not be deterred or distracted by media terrorism or political blackmail.

“We restate, therefore, that the PDP National Chairman, Dr Iyorchia Ayu, has not resigned and has no plan of resigning. For clarity and emphasis, he was elected for a tenure of four years.

“Sections 45 and 47 of the PDP constitution are clear on the removal and/or resignation of the national chairman. Those who don’t know this should get copies of the party’s constitution for more information on the matter.

“PDP members and the general public are advised to ignore any stories of such a phantom resignation.”