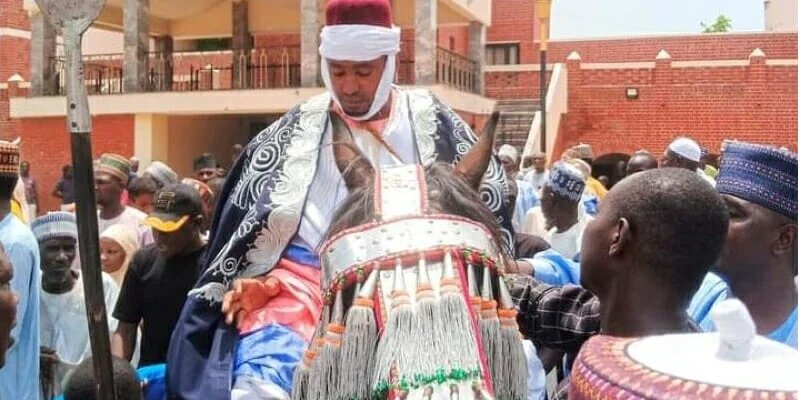 The Benin Traditional Council (BTC) has reacted to the alleged planned coronation of Alhaji Idris Adanno as Sultan of Shuwa Arab ‘Sultan of Edo’ of Edo State.

There has been tension brewing over the invitation seen on social media.

The Secretary to the Benin Traditional Council (BTC), Frank Irabor, who reacted to the development, told our correspondent on phone that Idris Adanno is neither known to the Palace nor recognized as any title holder.

His words: “No, no, no, we are not aware of Idris Adanno, that is not correct.

“From what I gathered, there is another person contending that position with him. You should ask this Adanno, where he derived his own authority from.”

“The summary of it is this: their authority is derived from the traditional ruler of their ethnic stock.

“In this case, it is the Shehu of Borno that normally appoint them and write to the Oba of Benin, that this person has been appointed by me, to be the leader of so, or so people in your kingdom, please accord them the recognition. Once we see that letter, the people will come and see His Majesty. Once they have seen His Majesty, they can go and do their turbaning any time they feel like.

“But when two people are contending for the post, then, nothing must take place.

“Let me give you an example of the one of Nupe people, where they had two people contending for it, both of them came before the Oba and the Oba sent word to Etsu Nupe. Fortunately, Etsu Nupe came down to Benin and His Majesty raised the issue before him and the two contending persons came before him. The Etsu Nupe right there pointed to the one he appointed. The other one could not present any letter of appointment.

“So, if this one [Adanno] has a letter from the Borno Emirate Council, let him bring it to the Palace. In the meantime, we are already making arrangements to ensure that no one purportedly install himself. What we know is Seriki. There is nothing like Sultan and there is nothing like a coronation. The only coronation we have is the coronation of the Oba of Benin.

“The basic thing there is that, our position is that that event should not take place, because it has generated a lot of controversies and could probably lead to tension and insecurity and we don’t want that at all,” Irabor said.

READ ALSO Edo: Anxiety And Uncertainty As Invitation For The Coronation Of A Sultan In Edo State Surfaces Online

When asked if Adam Harun who was turbaned by the Shehu of Borno has presented himself at the Benin Palace, the BTC spokesman said:

“I don’t know of he has come; I’ve not seen him. But I gathered that he was supposed to be in the Palace today.”

All For Tinubu: See How The DG Of Tinubu Support Organization Stormed Kano For Buhari Son’s Wedding That Gets Everyone Talking (photos)