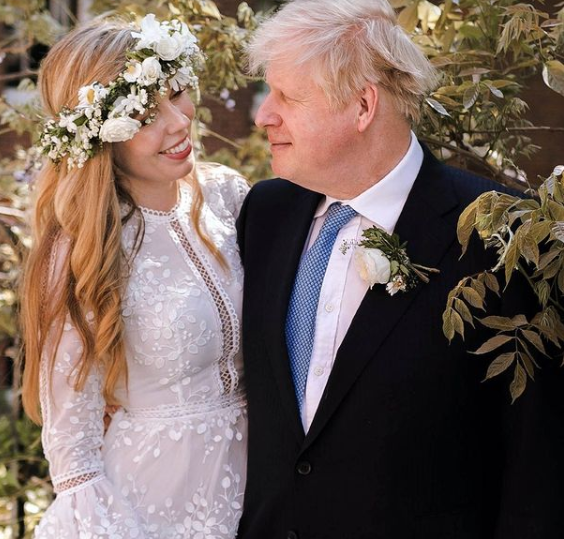 Johnson, 56, and Symonds, 33, who have a child together, said their wedding vows at London’s main Roman Catholic church in central London on Saturday afternoon, May 29, in front of a small group of family and friends.

A Downing Street spokeswoman said on Sunday morning, May 30: “The Prime Minister and Ms Symonds were married yesterday afternoon in a small ceremony at Westminster Cathedral.

This is the first time a British leader has married in office in 199 years.

Photos of the newlyweds show them smiling at each other in the garden of 10 Downing Street. The bride wore a white dress and a floral headband and the groom wore a black suit and blue tie, with a white, rose in his buttonhole.

The prime minister’s office said that the couple would celebrate with family and friends next summer.

This is Boris Johnson’s third marriage, and Carrie Symonds’s first. They announced their engagement in February 2020, the same month Johnson reached a divorce settlement with Marina Wheeler, his childhood friend with whom he has four children. They separated in 2018. 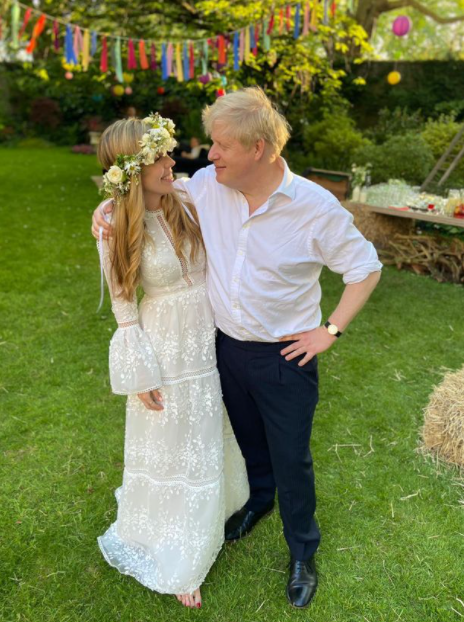 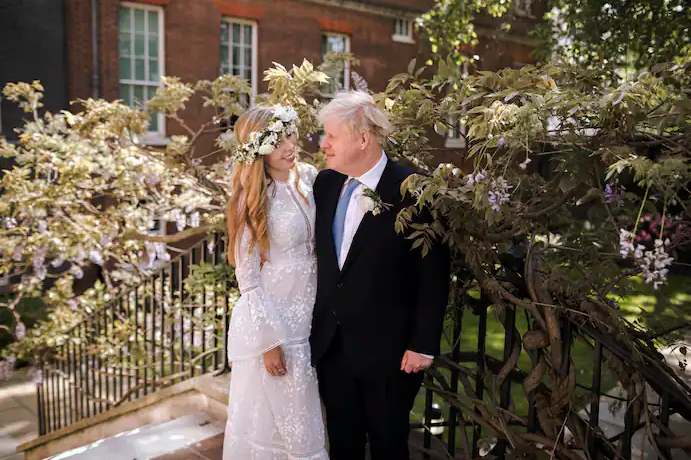 Man Packs His Bags Into the Street In UK, Says His Wife Always Beats Him (Video)