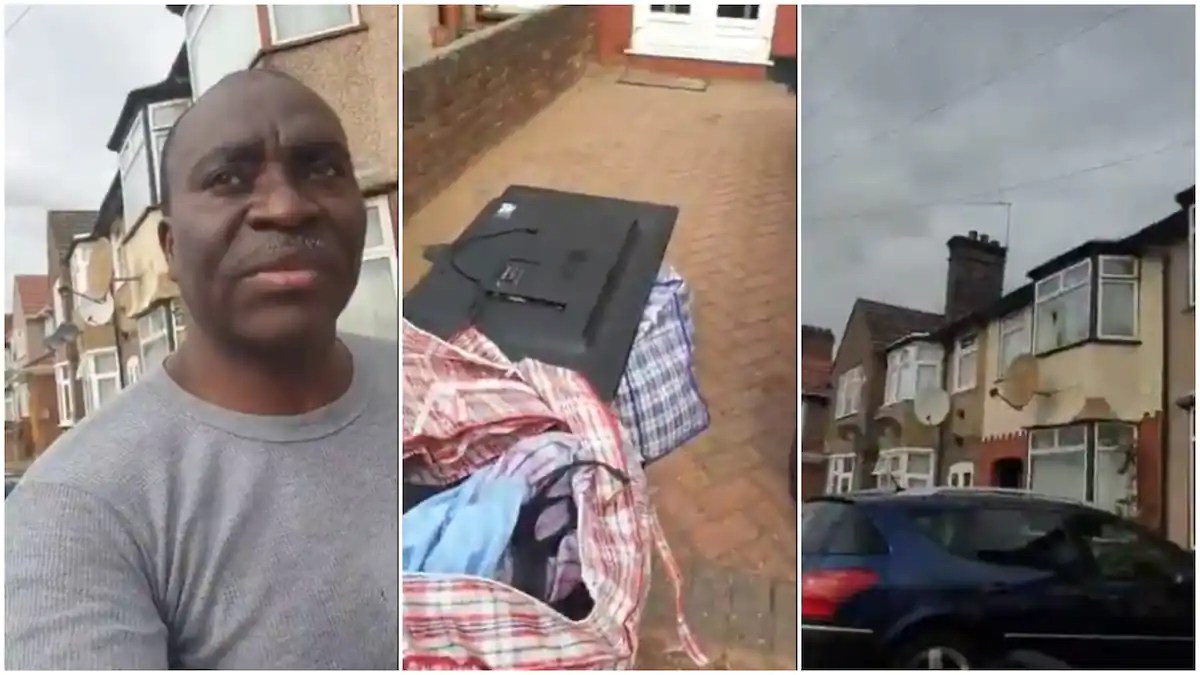 A video of a Nigerian man lamenting after his ‘white wife’ threw him out in the UK has gone viral on Twitter with massive reactions.

In a post made on Friday, May 21, a Twitter handle @Oluomoofderby who shared the clip tagged it: “Some Nigerian men are really suffering in the UK.”

The man said he was thrown out by his UK wife. Photo source: @Oluomoofderby Source: UGC In the said video, Tunde with his bags of clothes outside and a flat TV screen bitterly spoke about how despite always paying for the mortgage and cleaning the house, the woman still never gave him peace.

A further search by the source shows that the video first hit the internet in 2020 and a YouTube channel named Obodo Oyinbo TV shared it and spoke more about the issue.

In the YouTube video, the anchor revealed that the Nigerian man abandoned his first wife and kids for the white woman in pursuit of his green card.

The woman added that the man is just a victim of his karma and never took care of his family when he was ‘rich’. Below is the Twitter video: