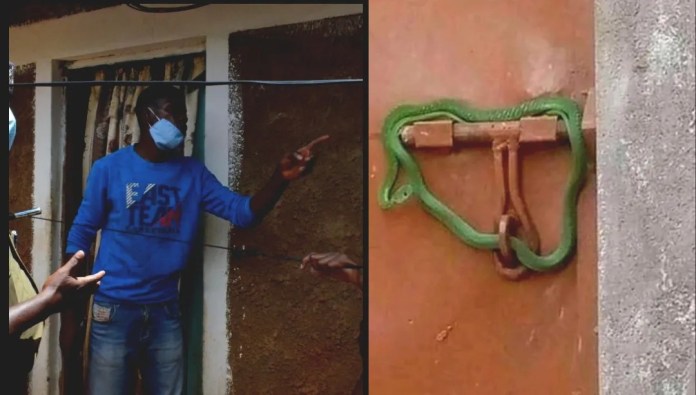 Rent-owing tenants returned home tired from work but could not enter their house because the landlord had locked the gate with a live snake.

The hilarious incident happened at the Kunda Kindu area in Kitui town of Kenya.

Reports say the landlord identified as Samuel Kioko claimed that the tenants have failed to pay rent arrears comprising September and October.

It appears the man used every necessary means to make his tenants pay the rent arrears failed, so he decided to get radical with them.

Kioko waited until the tenants left for work before he took his time to wrap the snake around the locker of the building’s gate in such a way that it was not easy to open it without being bitten by the snake.

Interestingly, although the snake was not tied or restricted in any way, it remained on the gate without moving away, a development that triggered speculations that the snake might be a spiritual one