An Oklahoma man has been arrested for rape after police say he brought a 12-year-old pregnant girl he was calling his girlfriend to the hospital to give birth to their baby. 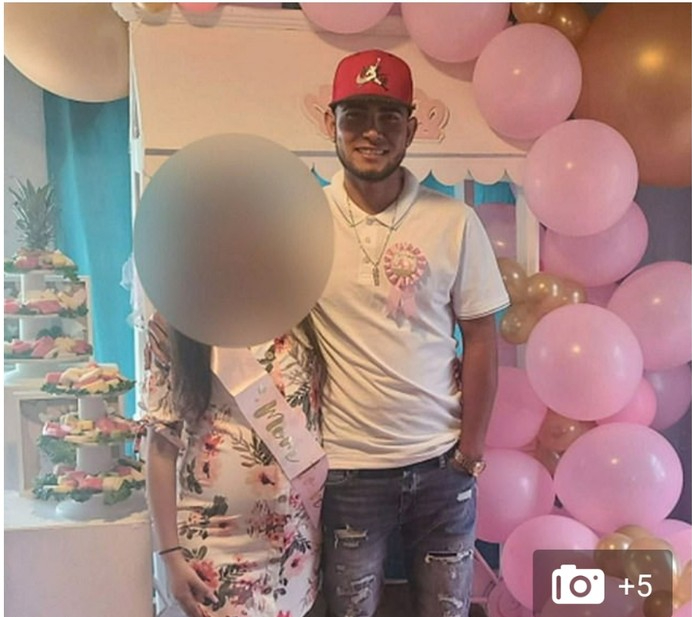 Officers were called to Hilcrest Medical Center for a report of a potential rape involving a 12-year-old girl in labor on July 14, according to the Tulsa Police Department.

The suspect, 24-year-old Juan Miranda-Jara, allegedly admitted to police he has been in a relationship with the child since October 2020.

Police said Miranda-Jara proudly told them he was the father of the baby girl his girlfriend was about to deliver, and seemed confused as to why officers were called to the hospital.

‘They walked in just like any other couple would, excited to deliver their newborn child,’ Tulsa police officer Danny Bean told Fox 23.

Bean added that the expecting couple thought the situation was ‘kinda fine’ and did not see anything wrong with it.

The age of consent in Oklahoma is 16 years old. 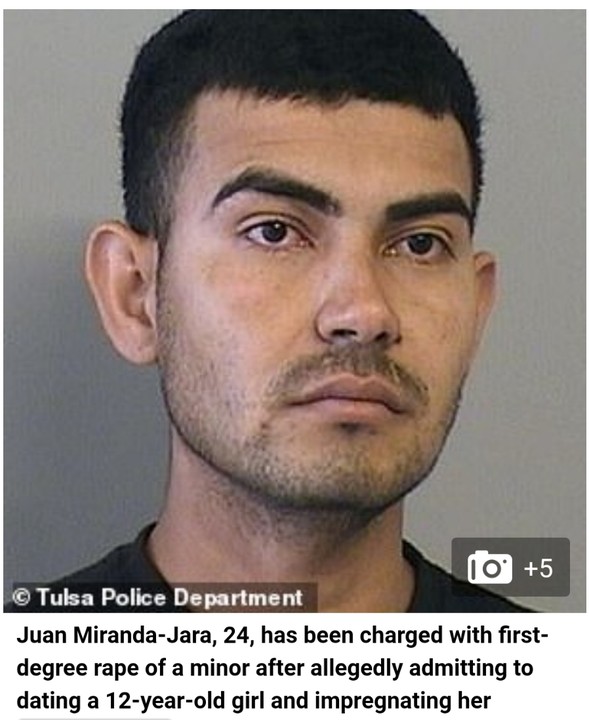 Despite her young age, the 12-year-old delivered a healthy baby daughter and was later released from the hospital, but without her boyfriend.

Miranda-Jara was arrested on a charge of first-degree rape, but police said he could face additional counts related to the underage pregnancy.

Police have not said how Miranda-Jara first came into contact with the young girl, why she was allowed to have a sexual relationship with a man twice her age, and how she was able to carry her baby to full term without anyone reporting the pregnancy to the authorities.

Social media posts suggest that some of Miranda-Jara’s relatives were allegedly aware of his relationship with the minor and approved of it.

On his Facebook page, which has seen been deleted, Miranda-Jara openly stated that he was in a relationship with the underage girl and shared photos from their recent baby shower.

In one image, the man is seen happily posing with the pregnant 12-year-old wearing a floral dress and a festive sash, with pink and gold balloons and a cupcake tower in the background.

Miranda-Jara remained jailed as of Wednesday on $50,000 bond. He is due back in court on August 26.