A wedding was momentarily stalled today, Sept 29, at the Ikoyi Registry after the registrar refused to officiate the couple’s wedding unless the groom does something about his hair. 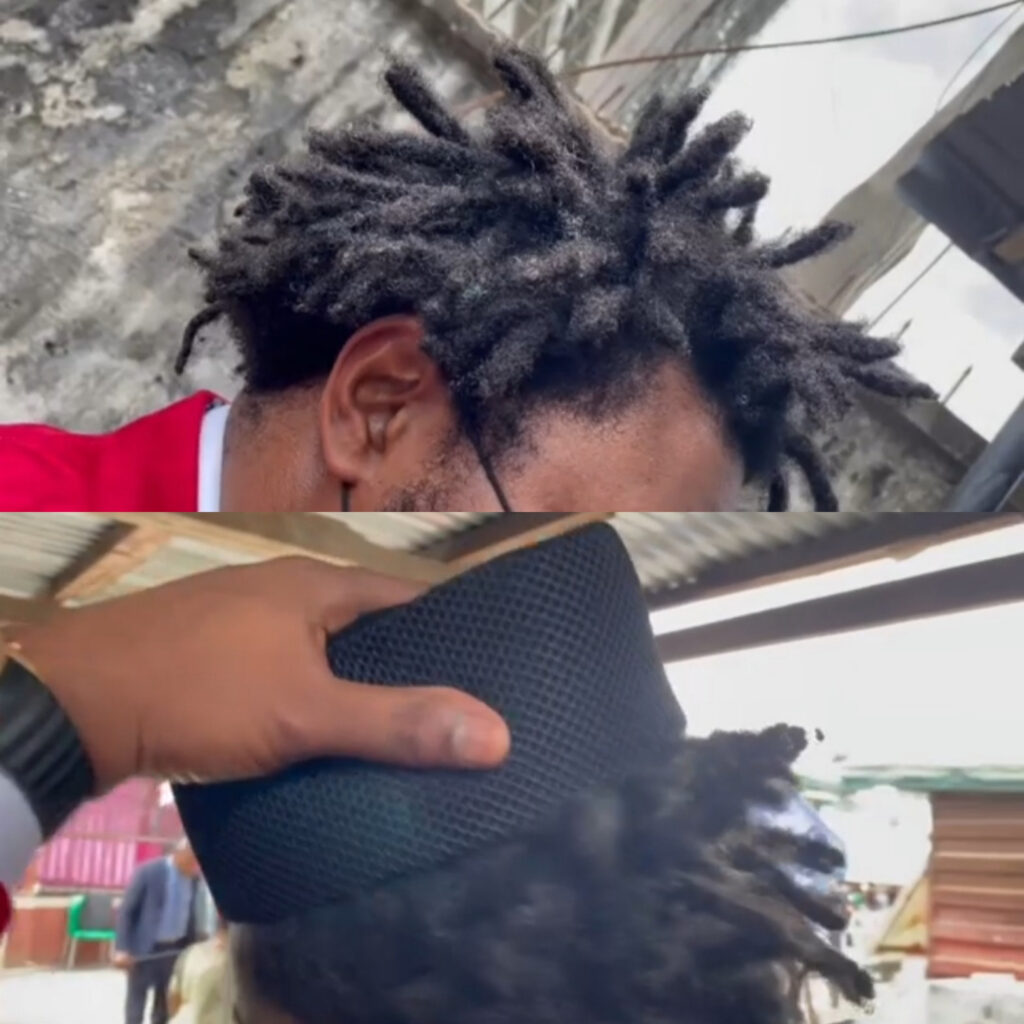 The groom wears dreadlocks. When he arrived for his civil wedding clad in his usual hairstyle, the registrar asked him to cover his hair as the dreadlocks doesn’t sit well with him.

Ubi Franklin, who was there as the witness, had to go out to purchase a traditional cap for the groom to wear before the registrar agreed to wed him.

In a video shared online, the groom is seen stuffing his thick dreads into the cap to hide it so that he can get married.

Hilarious: Missing Drunkard Who Got Lost In Woods Joins Search Team To Look For Himself