The Commissioner of Police, Edo State Command, CP Philip Ogbadu and the Officer in Charge of the Anti Cultism Unit have been indicted by members of Ogueka Community, Uhunmwonde Local Government Area for allegedly releasing a man who has been accommodating a notorious armed robber even when a suit has been filed by the same police that granted him bail.

It was gathered by our correspondent that the said Victor Osarentoe and Esosa were arrested by Men of the Anti Cultism Unit, Edo State Command for armed robbery and arms were recovered in the cause of the successful operation.
The suspects made confessional statements which prompted the Commissioner of Police, Edo State Command to give an order for the suspected armed robbers and his cohorts to be charged to court without much ado, the order of the Commissioner of Police was flouted by the Officer in Charge of Anti Cultism Unit having been bribed by the allies of Victor Osarentoe who vowed to pervert Justice and submitted that they have the Police in Edo State Command at their beck and call.

The Community Members called on the Commissioner of Police, CP Philip Ogbadu and the Officer in Charge of the Anti Cultism Unit to desist from engaging in any act capable of breaching peace and tranquillity in Edo State.

They insisted that those indicted in the case should be charged to court in line with the suit already filed in a Benin High Court which is a court of competent jurisdiction to avoid breakdown of law and order in the community.

See court documents and video presentation In support of claims of the community. 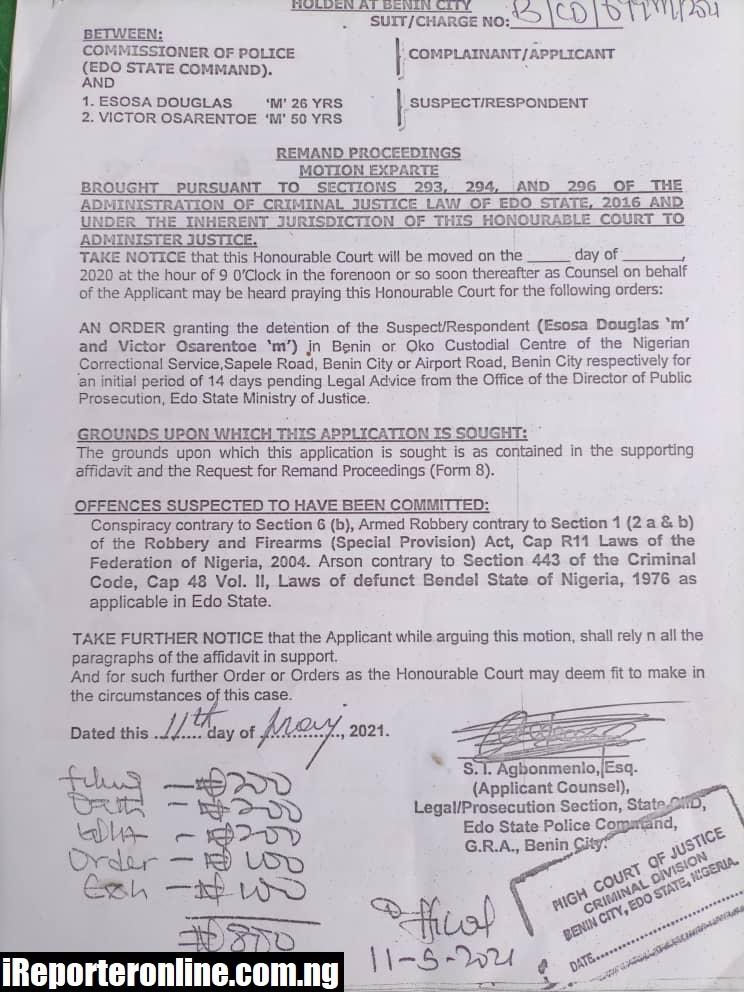