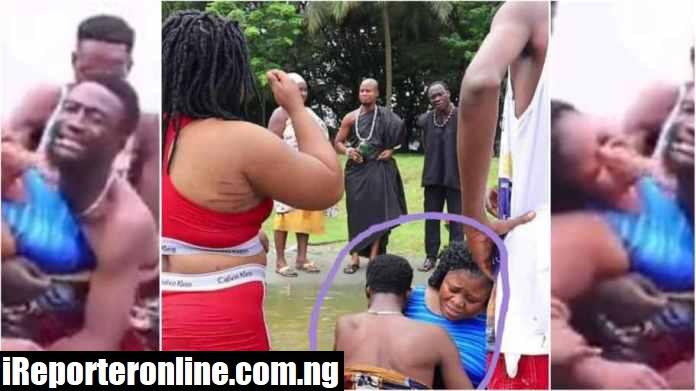 It was reported that, The two were together with a group of friends who decided to go for an excursion on the lake but things took turns as the two lovers decided to the unthinkable in the river.

In the video that went viral , the young couple is seen covered with clothes and wailing as bystanders are trying to keep them covered.

Well, it has turned out that the clip is an extract from an upcoming serial drama dubbed ‘My Dream’ that will hit selected TV stations very soon.

So ultimately, the duo were two characters in the movie who were only impersonating a script and we all got carried away.

The producers cunningly released only that portion of the video as a trailer to whet the appetite of Ghanaians and create the necessary hype to usher it.

Watch the full video of couple who got stuck in lake Bosomtwe below :