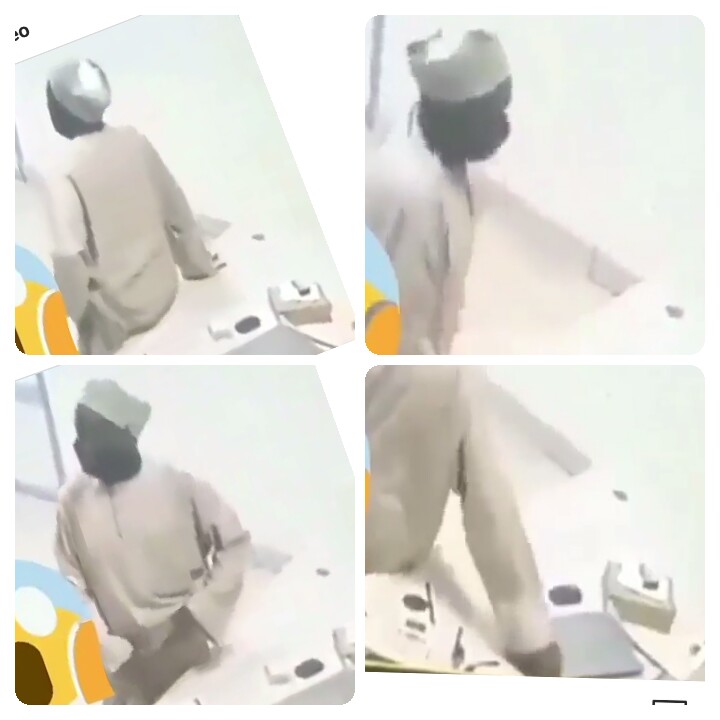 An old aged man has been captured on camera stealing a laptop from an undisclosed office.

In the now-viral video, the man who thought no one was watching after observing the surrounding, pick of the laptop and hurriedly hides it in his pants.

Unfortunately for him, a CCTV camera captured the shameless event.

It was observed that the man who has difficulty in walking, when he heard voices in the background indicating that people are coming his way, limped out of the venue.