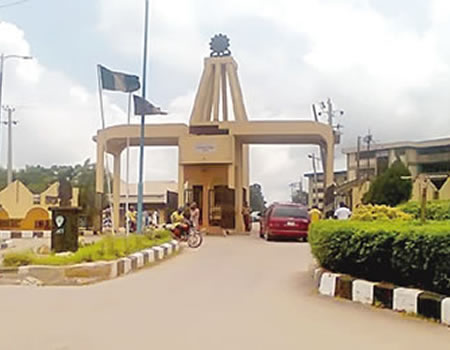 The Public Affairs Director of the Polytechnic Ibadan, Alhaji Soladoye Adewole has confirmed the death of a Higher National Diploma (HND) student of the institution, identified as Daniel Igunnu who reportedly lost his life during marathon sex with his lover in Ibadan.

He said the institution is yet to establish the identity of the lady involved.

The two lovebirds, as reliably gathered engaged in marathon sex at the deceased apartment in Idi-Ito in the Ido local government area of Oyo State.

It was gathered that the door of the apartment was forced open by the fellow students after waiting for several hours for them to come out.

The lifeless bodies of the deceased were seen on the floor while the lady whose identity could not be ascertained at the time of filing this report was met unconscious.

The lady, as reliably informed was rushed to the University College Hospital (UCH), Ibadan for medical attention.

Some of the students who preferred anonymity attributed the incident to the use of sex enhancement drugs.